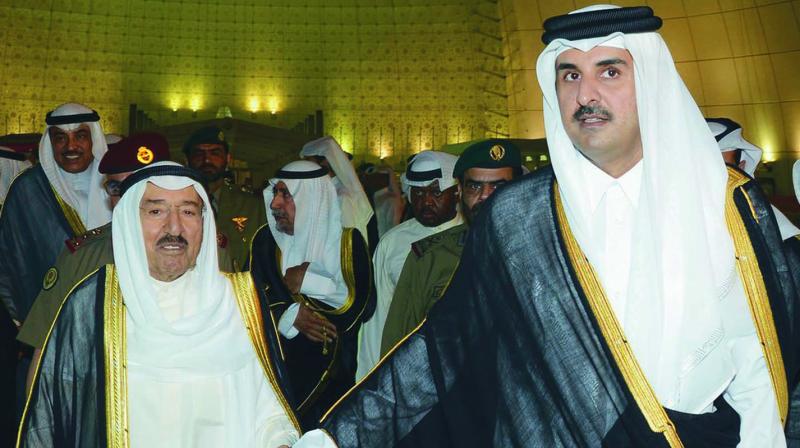 Dubai: The United Arab Emirates (UAE) threatened to impose an economic embargo against Qatar on Thursday, according to Al-Jazeera reports, as Bahrain followed the UAE in announcing that expressing sympathy for Qatar over sanctions imposed by its Gulf neighbours was an offence punishable by a lengthy jail term.

Saudi Arabia, the UAE, Bahrain and Egypt on Monday cut diplomatic ties with Qatar over accusations that the emirate is a champion of extremist groups in the region.

Qatar firmly denies the allegations. The tough talk from the Gulf Cooperation Council members came on Wednesday despite efforts by US President Donald Trump and Kuwait’s Emir to prevent a further escalation of the dispute.

Bahraini interior ministry said, “Any expression of sympathy with the government of Qatar or opposition to the measures taken by the government of Bahrain, whether through social media, Twitter or any other form of communication, is a criminal offence punishable by up to five years in prison and a fine.”

The UAE on Wednesday announced a similar decision, warning that offenders could face between three and 15 years in prison and a fine of $136,125, should they criticise the decision to boycott Qatar.

Bahrain, home to the US Navy’s Fifth Fleet, has been rocked by unrest since security forces crushed Shiite-led protests in 2011 demanding a constitutional monarchy and an elected prime minister.

The authorities accuse Iran of backing the protesters and aiming to incite unrest in Shiite-majority Bahrain, a charge Tehran denies.

Nabeel Rajab, one of the country’s high-profile activists, is currently on trial for a series of tweets criticising a Saudi-led Arab military campaign in Yemen.