Hyeon Soo Lim, 61, was freed on 'sick bail', the agency announced after a Canadian govt delegation arrived in Pyongyang to discuss the case. 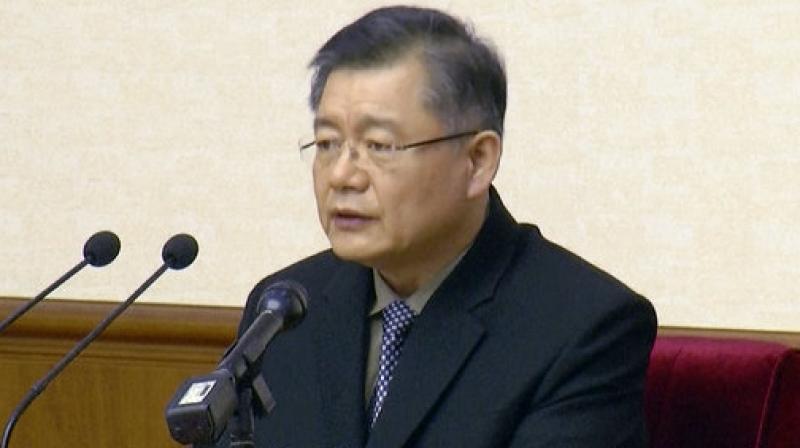 Seoul: A Canadian pastor serving a life sentence with hard labour in North Korea was released Wednesday on medical parole as a humanitarian gesture, the official KCNA news agency said.

Hyeon Soo Lim, 61, was freed on "sick bail", the agency announced after a Canadian government delegation arrived in Pyongyang to discuss the case. A court ordered Lim's release "from the humanitarian viewpoint", it said in a brief two-paragraph report.

Lim was arrested in 2015 for allegedly meddling in North Korean state affairs. The South Korean-born pastor had been accused of subversive acts against Pyongyang, an allegation which Canadian authorities strongly denied.

A Canadian delegation including national security adviser Daniel Jean visited Pyongyang this week to discuss the case. "Pastor Lim's health and well-being remain of utmost importance to the government of Canada as we continue to engage on this case," said Cameron Ahmad, a spokesman for Prime Minister Justin Trudeau, in Ottawa before the release.

Lim's family told local media they had become increasingly worried about his welfare since the death of  American student Otto Warmbier in June, just days after he had been released from a North Korean prison.

Three US citizens remain in custody as relations with Washington worsen sharply. The North said earlier Wednesday it was considering a missile strike near US bases in Guam. That comment came hours after US President Donald Trump threatened Pyongyang with "fire and fury" over its missile programme.

At the time of Lim's arrest, other members of the close-knit circle of ethnic Korean missionaries in Canada and the United States called him one of the most influential Christian missionaries operating in North Korea. He had visited the country dozens of times, working with orphanages and nursing homes.

But some projects he worked on, including a noodle plant and flour mills, were linked to associates of Jang Song-Thaek, the purged uncle of leader Kim Jong-Un. Jang was arrested and executed for treason in December 2013.

Lim told CNN last year that he spent his days in prison digging holes. "I wasn't originally a labourer so the labour was hard at first," he said, his head shaven.

Pyongyang views foreign missionaries with deep suspicion, though it allows some to undertake humanitarian work. A number of Christian missionaries mostly ethnic Koreans who are US citizens have been arrested in the past, with some of them only allowed to return home after intervention by high-profile US political figures.