The Nepal Army has been mobilised in the affected areas to carry out the search and rescue operations, the officials said 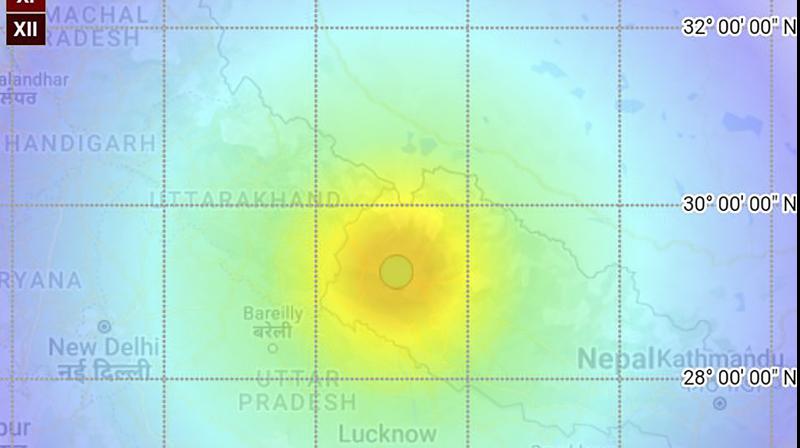 Kathmandu: A powerful 6.6-magnitude earthquake in the remote mountains of west Nepal rocked the Himalayan nation in the early hours of Wednesday, killing at least six persons, including two minors, damaging buildings and sparking panic among the residents.

According to the National Seismological Centre, the earthquake occurred at 2:12 am with its epicentre at Khaptad National Park in the Doti district.

Five persons who sustained serious injuries have been rushed to the district hospital in Doti, Pokharel told PTI over the phone. A police post and eight houses collapsed due to the earthquake.

According to Nepal Army spokesperson Narayan Silwal three persons were missing and are believed to have been trapped in the housing collapse in Purvichauki. The Nepal Army has started searching for the missing persons, he said.

Deputy Superintendent of Police Bhola Bhatta, the acting chief at the District Police Office in Doti, said that all the victims were killed by the debris of the houses damaged during the earthquake.

The earthquake sent people in the mountain villages panicking out of their houses and many spent the entire night out in the open, officials said.

The identities of the deceased have been established of which two are women, two men, and two minors, Deputy Superintendent of Police Bhola Kumar Bhatta was quoted as saying by the Himalayan Times newspaper.

Close to ten houses collapsed in the quake and cracks had developed in most of the houses in the aftermath of the geological event, police added.

Nepal Army and Nepal Police personnel have been mobilised to carry out rescue operations.

Nepal's Prime Minister Sher Bahadur Deuba was also in Western Nepal for an election campaign when the earthquakes hit the region. He was attending election rallies and meeting people at Dhangadhi district, 160 km South of the epicentre.

The tremor was also felt in Dhangadhi though the Prime Minister is safe, according to Pokharel.

Adjustments will be made regarding the election campaign of the Prime Minister in Western Nepal keeping in mind the incident, he added.

The tremors were also felt in neighbouring Dhangadhi and Kailali districts. The earthquake that was felt mildly in Kathmandu and parts of India has also caused damage to dozens of other houses in the district.

Earthquakes are frequent in mountainous Nepal.

On October 19, a 5.9-magnitude earthquake jolted Nepal's capital Kathmandu and adjoining areas, forcing many people to rush out of their homes for safety.

The earthquake was felt in the Kathmandu Valley and neighbouring districts. There was no report of any damage or casualties.

In April 2015, a devastating earthquake of 7.8-magnitude rocked Nepal, killing nearly 9,000 people and wounding nearly 22,000 others. It also damaged over 800,000 houses and school buildings.