An Indian national, who permanently resides in Singapore, is facing a trial for defaulting on his compulsory national service obligations. 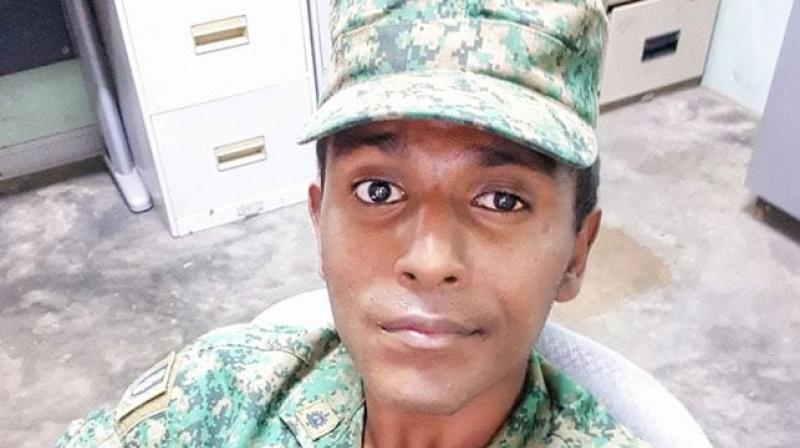 National service (NS) is compulsory for male Singapore citizens and permanent residents (PRs) who are above 18 years of age. (Photo:Facebook)

Singapore: An Indian national, who is a permanent resident in Singapore, is facing a trial for defaulting on his compulsory national service obligations for more than five years and remaining outside the country without a valid exit permit.

National service (NS) is compulsory for male Singapore citizens and permanent residents (PRs) who are above 18 years of age.

A Singapore court on Thursday charged 25-year-old Thirumal Pavithran for remaining outside the country without a valid exit permit for a combined duration of more than five years, an offence under the Enlistment Act, the Ministry of Defence said in a statement here.

The Indian was charged with four counts of leaving Singapore without a valid permit before he started his full-time national service in May 2017.

According to the chargesheet, Pavithran committed the offences on four separate occasions between November 1, 2010 and July 7, 2016.

He enlisted into full-time national service on May 13, 2017 on returning on July 8, 2016. He will finish his full-time service on Sunday and will be back in court on May 23.

For offences related to compulsory national services in the forces, the Attorney-General''s Chambers has pressed for a custodial sentence of 10 to 12 weeks of imprisonment.

The defence ministry in the statement said it takes a "firm stand" against those who commit offences under the Enlistment Act. "If we allow Singapore Citizens or PRs who are overseas to evade NS or to choose when they want to serve NS, we are not being fair to the vast majority of our national servicemen who serve their country dutifully, and the institution of NS will be undermined," it said.

According to an official data, over the past 10 years, there has been an average of about 350 NS defaulters each year.