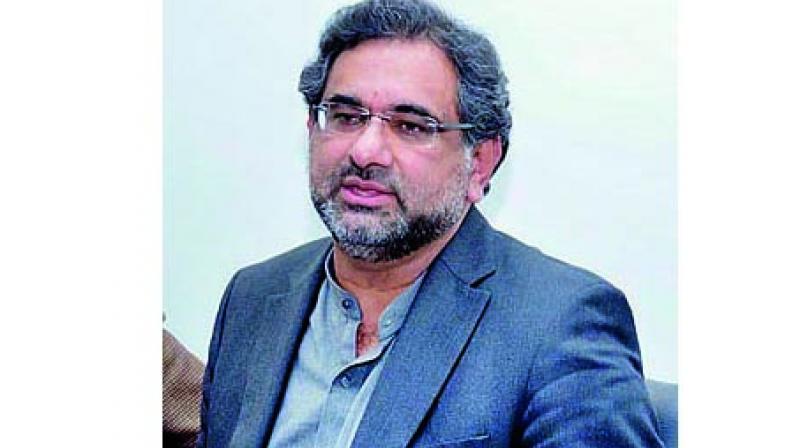 The PML-N said that the JIT report would be clearly one-sided if the testimony of Qatari Prince Hamad Bin Jassim bin Jaber Al-Thani is not included.

The ruling party has expressed its objections over the representatives of intelligence agencies. They complained that the federal Investigation Agency (FIA) representative was to head JIT, but “it looks otherwise”.

Federal minister Shahid Khaqan Abbasi argued that Prime Minister Nawaz Sharif could have taken immunity, but he chose not to, adding that he presented himself for fair accountability by offering full cooperation with the JIT.

“Doubts came into being only after the formation of JIT,” he added. He highlighted the ‘controversial’ nature of JIT members while claiming that the there was no evidence of corruption against the premier.

Saad Rafique, another minister, complained that courts did not take any notice when political opponents used the remarks of honourable judges against the PML-N.

He claimed the ruling party has the most public support. Mr Rafique said the party had concerns over ‘presence’ of intelligence agencies in JIT activities. He highlighted the ‘controversial’ members within Panama JIT and questioned its neutrality.

He demanded respect for the government with public mandate, complaining who gave JIT the permission of tapping phones.

“We cannot sense any justice prevailing in current scenario,” he made it clear. He shed light on the deviation of case from the petition.

Federal minister Ahsan Iqbal said the stock market lost record points when PM Nawaz was summoned by the JIT. He told political opponents that the only way to gain power is through public votes rather than conspiring against ruling authority.

Defence minister Khawaja Mohammed Asif demanded the authorities to make all videos and audios of activities of JIT public without editing.

“People should know the kind of questions asked from the Sharif family,” he stated.

Four federal ministers considered close to Mr Sharif (67), in a press conference, raised questions on the functioning of the JIT, set up by the Supreme Court in May to investigate the Sharif family about its properties in London, and expressed reservations on the process of investigation.

“The JIT report will be compromised without his (Qatari prince) statements and we will not accept it,” defence minister Khawaja Asif, railways minister Khawaja Saad Rafique, petroleum minister Shahid Khaqan Abbasi and minister for planning and development Ahsan Iqbal said in a joint statement.

Mr Al-Thani said that late Muhammad Shairf, father of Nawaz Sharif, had invested 12 million dirham ($3.26 million) in real estate business of the royal family. According to letters by the Qatari royal, the money invested by late Sharif was returned to the family with profits.