Chaos as protesters take to streets 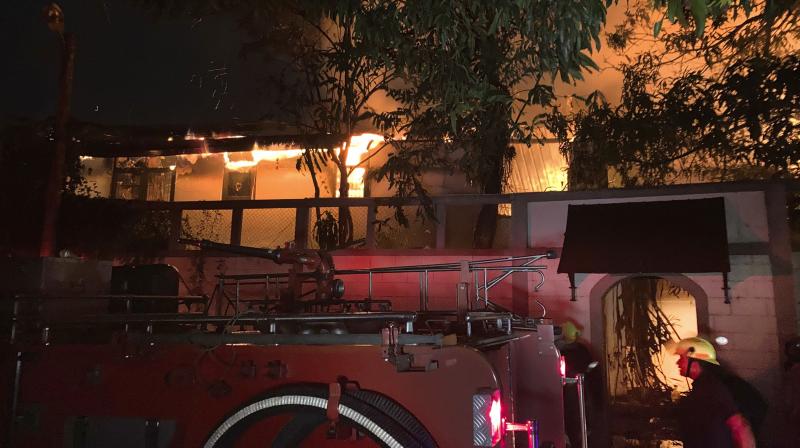 Colombo: A group of protesters on Saturday entered the private residence of Sri Lankan Prime Minister Ranil Wickremesinghe and set it on fire amid a massive public protest in the country over the unprecedented economic crisis.

The incident came hours after Wickremesinghe offered to resign to make way for an all-party government, as protests intensified in the country for the resignation of the government led by President Gotabaya Rajapaksa.

Wickremesinghe offered to resign and form an all-party government, hours after thousands of protesters stormed the official residence of President Gotabaya Rajapaksa.

The Prime Minister’s Media Division said that Wickremesinghe will resign after an all-party government is established and a majority is secured in Parliament.

Wickremesinghe told Opposition leaders that he was taking the decision to step down as the island-wide fuel distribution is due to recommence this week, the World Food Programme Director is due to visit the country this week and the debt sustainability report for the International Monetary Fund is due to be finalised shortly.

In remarkable scenes, hinting at a society in a meltdown, anti-government protesters were seen occupying a bedroom, sitting on a four-poster bed, helping themselves to food in the kitchen and splashing in a swimming pool in Gotabaya’s residence.

At least 45 people, including seven security personnel, were injured in clashes between security forces and the protesters, some of them holding Lankan flags and helmets, gathered in large numbers in the Fort area, demanding Rajapaksa’s resignation.