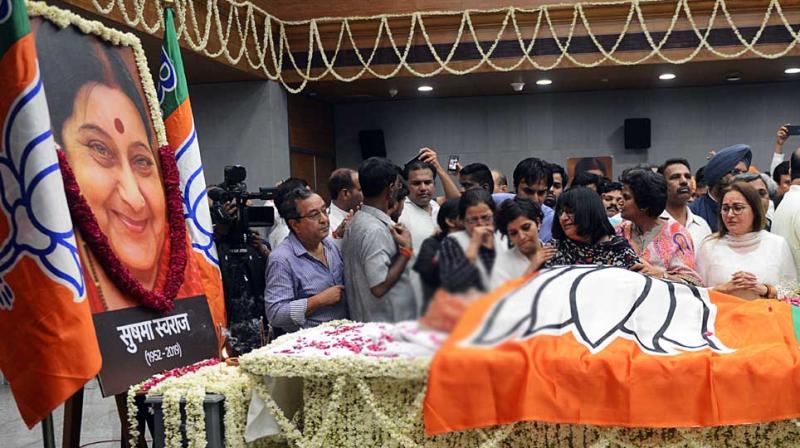 Thimphu: Bhutanese King Jigme Khesar Namgyel Wangchuck lit thousand butter lamps and offered prayers in the memory of Sushma Swaraj, who passed away after suffering cardiac arrest, according to a media report.

Swaraj, who served as the foreign minister from 2014-2019, passed away on Tuesday. She was 67. "Throughout her tenure, Her Excellency has been a friend of Bhutan and contributed to strengthening the relations between our two countries. She was well loved, as an exemplary leader embodying grace, dignity, and strength," the report said.