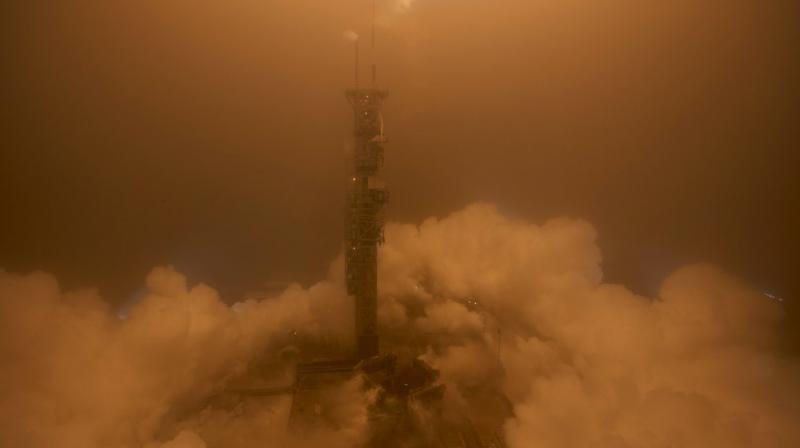 Russia’s Ministry of Defence has given few details of the accident. (Representational Image)

Russia: Russia’s state nuclear agency Rosatom said early on Saturday that five of its staff members had been killed in an accident during tests on a military site in northern Russia, the RIA news agency reported.

Rosatom was quoted as saying that a further three of its staff had received injuries of varying degrees of seriousness during the accident, including burns. They were receiving the necessary medical treatment in specialised facilities, it said.

Russian authorities had previously said that two people had been killed in the incident and that a nearby city had reported a rise in radiation levels when the rocket engine blew up at a testing site in the Archangelsk region on Thursday.

Local residents have been stocking up iodine used to reduce the effects of radiation exposure after the accident, regional media have reported.

Russia’s Ministry of Defence has given few details of the accident.

Although the defence ministry initially said that no harmful chemicals were released into the atmosphere and that radiation levels were unchanged, authorities in the nearby city of Severodvinsk reported what they described as a brief spike in radiation. No official explanation has been given for why such an accident would cause radiation to spike.

The radiation statement put out by the city of Severodvinsk disappeared from the internet on Friday without explanation.

An unidentified naval officer quoted by the Kommersant newspaper said the accident could have occurred at a testing site at sea and that the explosion of a rocket could have caused a toxic fuel spill.

Russia media have said that the rocket engine explosion may have occurred at a weapons testing area near the village of Nyonoksa.

Those reports said an area near Nyonoksa was used for tests on weapons, including ballistic and cruise missiles that are used by the Russian navy.

Greenpeace has cited data from the Emergencies Ministry that it said showed radiation levels had risen 20 times above the normal level in Severodvinsk around 30 kilometres (18 miles) from Nyonoksa.