Sirisena, who is stepping down after Saturday's presidential election, announced last month he was considering to grant Jayamaha a pardon. 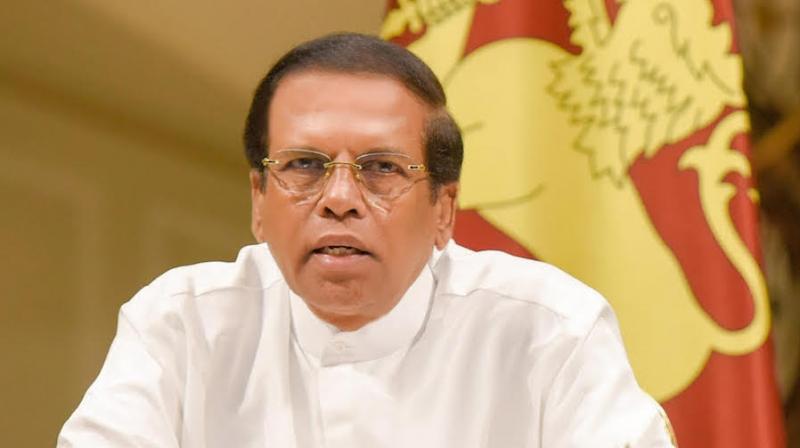 Sri Lanka's president has pardoned a death-row prisoner who murdered a Swedish teenager just a week before he leaves office, officials said Sunday, in a move that sparked national outrage. (Photo: File)

Colombo: Sri Lanka's President has pardoned a death-row prisoner who murdered a Swedish teenager just a week before he leaves office, officials said Sunday, in a move that sparked national outrage.

Sirisena, who is stepping down after Saturday's presidential election at which he is not a candidate, announced last month he was considering a request to grant Jayamaha a pardon.

Victim Yvonne Jonsson, who was holidaying in Sri Lanka, was beaten to death at a high-rise apartment in Colombo in 2005 after she and Jayamaha had an argument.

The court had been told her skull was fractured into 64 pieces.

Jayamaha was initially sentenced to 12 years in prison. He appealed to a higher court, which rejected his plea and instead sentenced him to death, which was reaffirmed by the Supreme Court in 2014.

Jonsson's sister Caroline wrote in a Facebook post about her concerns over Jayamaha's pardon before the amnesty announcement.

"He showed and continues to show absolutely no remorse for what he has done," she wrote.

"We've worked hard to rebuild our lives and here we are, going into 15 years, still fighting for justice. Unfortunately, we now have to prepare ourselves for the worst possible outcome, the pardon of my sister's murderer."

Many Sri Lankans took to social media to condemn Sirisena.

"Monstrous act by a failed president," said a Twitter user identified as Thass.

Others speculated Sirisena may have pardoned Jayamaha to test the water ahead of possibly pardoning another high-profile death-row inmate whose family owns radio and television stations that support him.

Sirisena failed to secure support from his own party to contest the November 16 election and must leave soon after results are declared, a day or two after the polls.