PPP against capital punishment, Kulbhushan must not be hanged: Bilawal Bhutto

According to ISPR, Jadhav was arrested for his 'involvement in espionage and sabotage activities' in Balochistan and Karachi city. 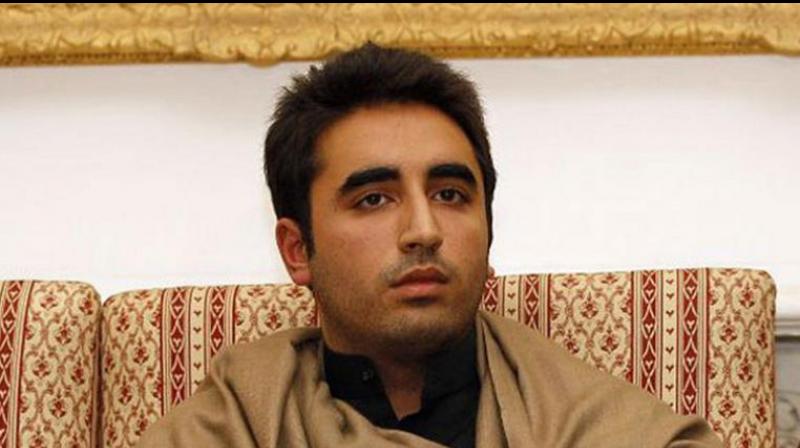 The issue of Indian spy Kulbhushan Jadhav is controversial. He must not have been here in the first place, Bilawal told reporters.

Recalling that his maternal grandfather Zulfikar Ali Bhutto was also sentenced to death, he said his party is against capital punishment on principle.

"In fact Nawaz Sharif government has failed to tell the world about the charge sheet on Jadhav. Had India arrested such a Pakistani spy it would have propagated a lot in the world, he said.

Pakistan's former attorney general Anwar Mansoor Khan said Jadhav can file a review appeal before the army chief or the Supreme Court against his sentence.

"In case of rejection of his petition, he may file mercy plea before the President, he said, adding this is a long process and it may take more than two years.

Pakistan sentenced Jadhav to death for carrying out espionage and sabotage activities in Balochistan and Karachi, the military's media wing Inter-Services Public Relations (ISPR) had said in a statement.

According to ISPR, Jadhav alias Hussein Mubarak Patel was arrested on March 3, 2016 from Mashkel area of Balochistan for his "involvement in espionage and sabotage actives" in Pakistan's restive Balochistan province and Karachi city.

India had acknowledged that Jadhav had served with the navy but denied that he has any connection with the government.