She added that if the EU and Britain failed to agree on terms for Brexit that Germany was 'prepared' for a disorderly divorce. 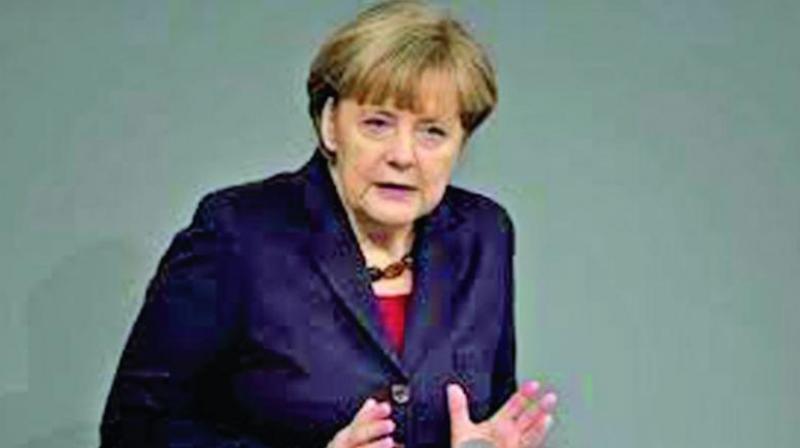 Berlin: German Chancellor Angela Merkel said, on Wednesday, that she believed the agreement could still be reached with Britain on an orderly exit from the EU, pledging to fight for a deal.

Speaking to the Bundestag lower house of parliament, the German leader said there was still time to hammer out a workable accord.

"The EU will in a few months experience the exit of an important member, the exit of Britain," Merkel said.

"I am firmly convinced that we still have every chance to do it in an orderly way and the German government will work toward making this possible until the very last day."

However, she added that if the European Union and Britain failed to agree on terms for Brexit that Germany as the bloc's top economy was "prepared" for a disorderly divorce.

British Prime Minister Boris Johnson suspended parliament on Tuesday following a series of bruising clashes with MPs over his Brexit plan but insisted he was making every effort to strike an exit deal with the European Union.

As the planned departure date of October 31 looms, Johnson said, "We're working very hard to get a deal. I think we will get a deal but if absolutely necessary we will come out with no deal."

The Conservative leader has faced intense opposition in the House of Commons to his threat to leave the bloc without agreeing on exit terms with Brussels.

Before he suspended parliament, MPs rushed through legislation requiring Johnson to postpone Brexit by three months if he fails to secure a deal at an EU summit on October 17-18.

He took office in July promising to renegotiate the Brexit terms struck by his predecessor, Theresa May, which were rejected three times by MPs.

He has previously said he would rather be "dead in a ditch" than delay Brexit.

Merkel has repeatedly expressed concerns that a no-deal exit could deal a body blow to the European economy with a recession already looming.

But she has stressed that the integrity of the EU is too important to sacrifice core principles for the sake of a deal.