At least 48 other people were sent to hospital for symptoms of heatstroke Tuesday. 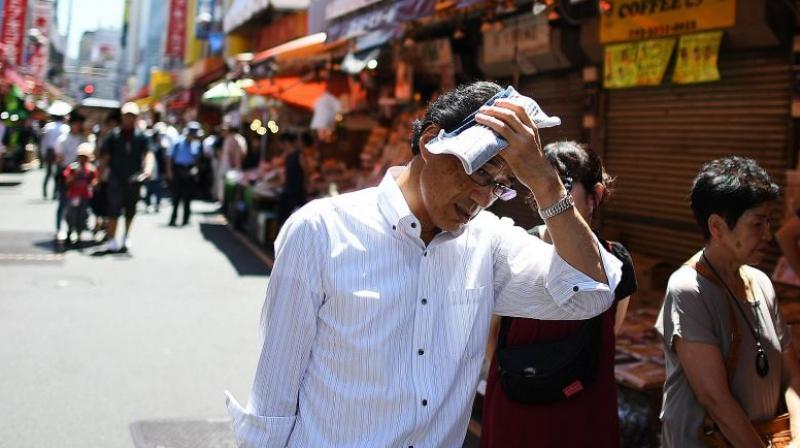 Tokyo: Heatstroke has killed two people in Japan, officials said Wednesday, as nearly half a million homes struggled with electricity outages after a powerful typhoon battered Tokyo and the surrounding area.

A 93-year-old woman and a 65-year-old man were found unconscious at their respective homes on Tuesday and were later confirmed dead by doctors, an official from Chiba prefecture east of Tokyo told AFP.

At least 48 other people were sent to hospital for symptoms of heatstroke Tuesday, she said, as the mercury hit above 35 degrees Celsius (95 degrees Fahrenheit) in areas where electricity is still out after Typhoon Faxai hit on Monday.

By Wednesday morning, some 456,000 households were still without power, Tokyo Electric Co. (TEPCO) said in a statement.

"Please take refuge in cool places and drink water to avoid heatstroke," TEPCO said, apologising to customers for the outage.

A local official said 84,000 households were also without water on Tuesday because several water purification plants had no power, but "water supply is recovering gradually" on Wednesday as electricity is restored.

With help from the military, officials dispatched water tanker trucks to the affected areas, she said.

Typhoon Faxai powered into the Tokyo region in the early hours of Monday warning, packing record winds that prompted warnings for tens of thousands of people to leave their homes.

The storm killed two people, though it caused relatively little damage in Tokyo beyond disrupting the morning commute.

In Chiba it brought down power lines, and it left 17,000 passengers stranded at Narita airport outside the capital after trains running to and from the transport hub were suspended.