This is the first such consignment being sent to Nepal after new Prachanda govt took over from his pro-China predecessor K P Sharma Oli. 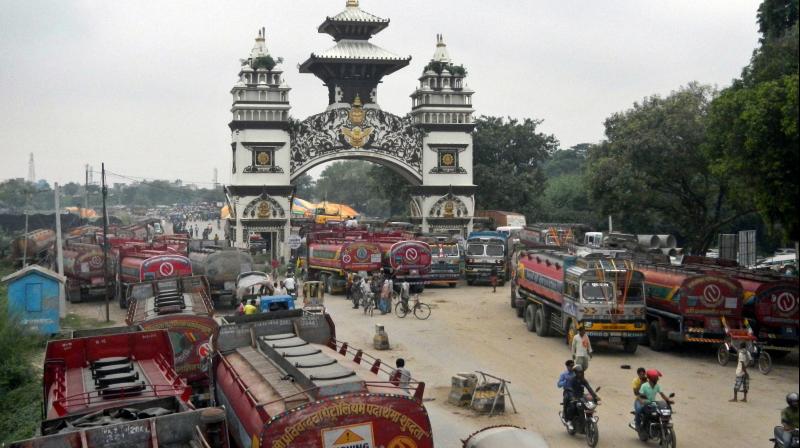 Beijing: In a move that would severely hit the Indian businesses in Nepal, China has dispatched trucks carrying goods worth $2.8 million to Kathmandu. The consignments left Tibetan border port of Gyirong on Saturday.

According to a report, this was the first major consignment of goods that Beijing dispatched for Kathmandu since 2005, when China built what it calls the Friendship Highway to link towns on two sides across difficult mountain terrain.

The move will severely hit Indian businesses that had unfettered access to the Nepali market for decades.

The trucks are responsible for the remaining 870 kilometer of the journey, carrying goods to Gyirong and then to the final stop in Kathmandu, Nepal's capital.

This is the first such consignment being sent to Nepal after new Prachanda government took over from his pro-China predecessor K P Sharma Oli, who had signed the transit trade deal with Beijing in March this year in a bid to reduce Nepal's dependence on India despite it being expensive due to the mountainous terrain.

China also agreed his request to build a strategic railway link between the two countries from Gyirong, the last Tibetan county which shares border with Nepal.

China plans to extend the railway later to India and other South Asian countries to promote trade.

The process of formation of road and rail links however reportedly slowed down after Prachanda's take over resulting in the delay of Chinese President Xi Jinping's visit to Nepal.

However, Xi and Prachanda met on the sidelines of BRICS summit at Goa in October this year.

"The trip between Guangzhou and Gyirong takes about five to six days, much shorter than the 20 days for sea transport," said Yao Yanfeng, general manager of the freight carrier Tibet Tianzhi Import and Export Co. Ltd.
"The time could be cut further to 3.7 days in the future,' the Xinhua report quoted him as saying.
Yao said his company is providing relatively quick delivery service and, despite higher costs, it can meet demand for time-sensitive clients.

"In the slower winter season, the train and trucks will make a round trip every one or two weeks. In the busy season next year, there will be two to three per week and, eventually, we're aiming for four to five trips per week," Yao said.

In May, China opened a rail and road cargo service between Lanzhou in northwest China and Kathmandu.