South Korea is a top arms producer among emerging countries in the sector, including Brazil, India and Turkey. 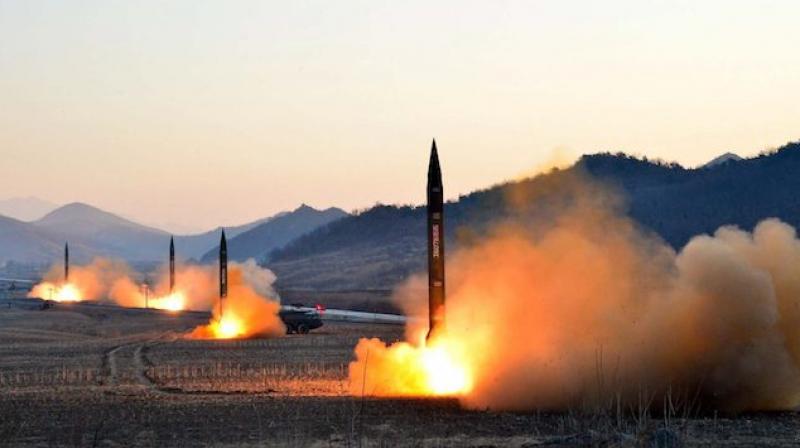 Stockholm: Faced with constant missile and nuclear threats from its belligerent northern neighbour, South Korea is boosting its arms sales and aims to become a major exporter, a study said on Monday.

The North, which says it needs nuclear weapons to protect itself from "hostile" US forces, has vowed to accelerate its weapons programmes in response to "evil" sanctions imposed by the UN Security Council.

Once a mainly agricultural backwater devastated by war, South Korea has been one of the world's largest importers of military equipment and technology for decades -- mostly from the US -- but in recent years its domestic sector has grown rapidly.

In the face of North Korean threats, the proportion of government spending that Seoul devotes to defence is among the world's highest outside Middle East and African conflict zones, according to SIPRI's 2016 figures.

South Korea is turning "to its own arms industry to supply its demand for weapons" and "aiming to realise its goal of becoming a major arms exporter", SIPRI Senior Researcher Siemon Wezeman said in a statement.

Having gone through a massive industrial development, South Korea is "increasingly using weapons and technology that can compete with what has been supplied by Europe and the US," according to Pieter Wezeman.

The nation is a top arms producer among emerging countries in the sector, including Brazil, India and Turkey.

American producers alone accounted for 57.9 percent of the total sales figure ahead of the British (9.6 percent), the Russian (7.1 percent) and the French (5.0 percent).

US companies' arms sales grew by four percent in 2016 at a combined total of USD 217.2 billion (185 billion euros) and Germany saw a 6.6 percent rise in arms sales for the same year due to demands in Europe, the Middle East, and South East Asia.

SIPRI said growth in arms sales was triggered by "ongoing military operations in several countries and persistent regional tensions that are leading to an increased demand for weapons."