Security has been tight at the Kashimpur prison and Sylhet prisons with hundreds of policemen. 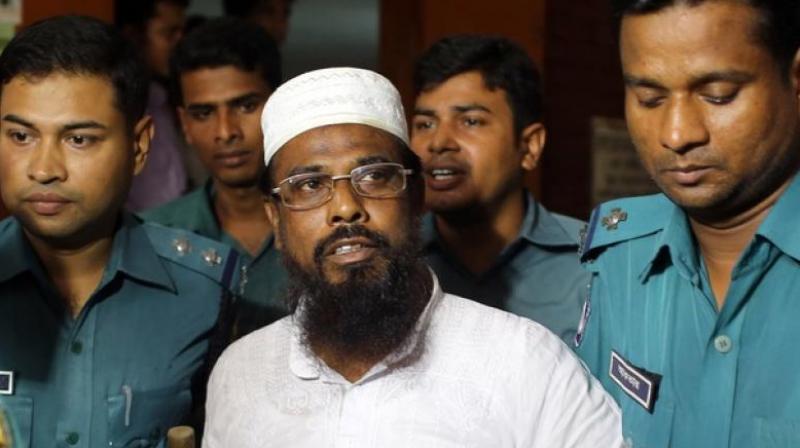 The High Court dismissed appeals by Mufti Abdul Hannan, head of Harkatul Jihad Al Islami, and two members of the banned militant Islamist group who have all been convicted over a spate of deadly attacks. (Photo: AP/File)

Kashimpur: Bangladesh hanged three Islamist extremists including the leader of a banned militant outfit on Wednesday, after they were sentenced to death over a 2004 grenade attack on the British ambassador.

The authorities hanged Mufti Abdul Hannan, the leader of Harkatul Jihad Al Islami (HuJI), and one of his associates at Kashimpur prison just outside Dhaka and another associate in a jail in the northeastern city of Sylhet, home minister Asaduzzaman Khan said.

The three were sentenced to death in 2008 for the grenade attack four years earlier at a 14th-century Sufi shrine in Sylhet, which killed three people and injured the British high commissioner at the time.

They had sought clemency from the Bangladesh President in a last-ditch attempt to commute the execution orders to life sentences, but he rejected their pleas.

A madrassa teacher who studied in India and Pakistan, Hannan, 60, fought against the Soviets in Afghanistan before returning to join HuJI, a group founded for jihadists who fought in that war.

In August 2004, in one of the country's deadliest extremist attacks, he masterminded the blasts at a political rally of the current Prime Minister Sheikh Hasina outside her party office in central Dhaka.

Hasina, then leader of the opposition, narrowly survived what she said was an assassination attempt. At least 22 people were killed and more than 100 were injured.

By the time Hannan was arrested in late 2005, more than 100 people had been killed in attacks he orchestrated across the Muslim-majority nation.

HuJI was the first Islamist militant outfit to emerge in Bangladesh, and rose to prominence as Hannan escalated its deadly operations under his leadership.

Security has been tight at the Kashimpur prison and Sylhet prisons with hundreds of policemen and an elite security force patrolling outside the facilities.

Last month suspected Islamist extremists hurled bombs at a prison van in a daring attempt to free Hannan near the Kashimpur jail. Police arrested a 24-year-old former Madrassa student from the scene.