An Indian-origin man in Singapore has been jailed for three weeks and fined 5,000 dollars for setting off fireworks. 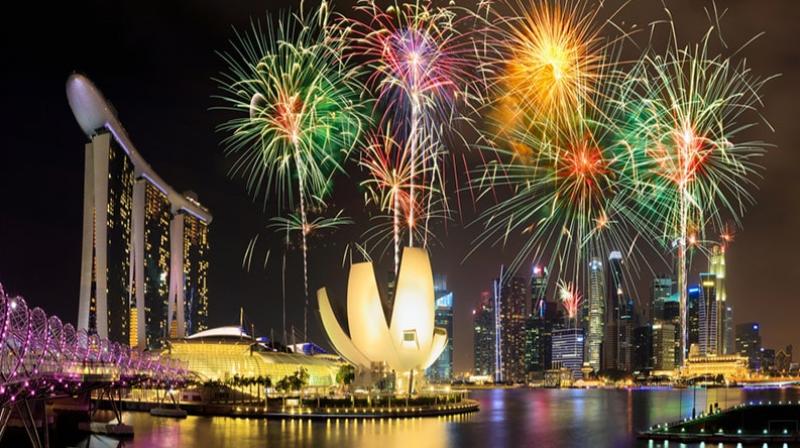 Jeevan Arjoon, 29, bought the firecrackers from Little India shopping precinct and unlawfully lit them at 3.30 AM as Diwali night stunt on November 6, 2018. (Representational Photo/Pixabay)

Singapore: An Indian-origin man in Singapore has been jailed for three weeks and fined 5,000 dollars for setting off fireworks close to a housing complex during Diwali celebrations in the country last year.

Jeevan Arjoon, 29, bought the firecrackers from Little India shopping precinct and unlawfully lit them at 3.30 AM as Diwali night stunt on November 6, 2018, The New Paper reported on Friday.

The fireworks, shot up to seven-storey, were laud enough to be heard from the neighbouring public housing estate of Yishun. The display lasted for five minutes. No one was hurt and there was no damage to any property, according to the report.

District Judge Marvin Bay said the court has to take a strict view of Jeevan's use and possession of fireworks, and sentenced him to three weeks' jail and 5,000 Singapore dollars (USD 3,685) on Thursday.

He said the detonation of fireworks can cause serious injuries and pose a risk of fire, noting that they were set off close to public housing. The judge said that setting off fireworks at 3 AM could also cause considerable alarm to the public, particularly in this time of heightened concerns over possible acts of terrorism.

Jeevan, who was unrepresented, said in his mitigation that he was the sole breadwinner of his family and was taking care of his mother-in-law who was diabetic and blind.

He had tried to put the blame on someone else.