According to Nepal's national bank, nearly 33.6 mn Indian rupees in Rs 1,000 and Rs 500 banknotes are currently in Nepali banking channel. 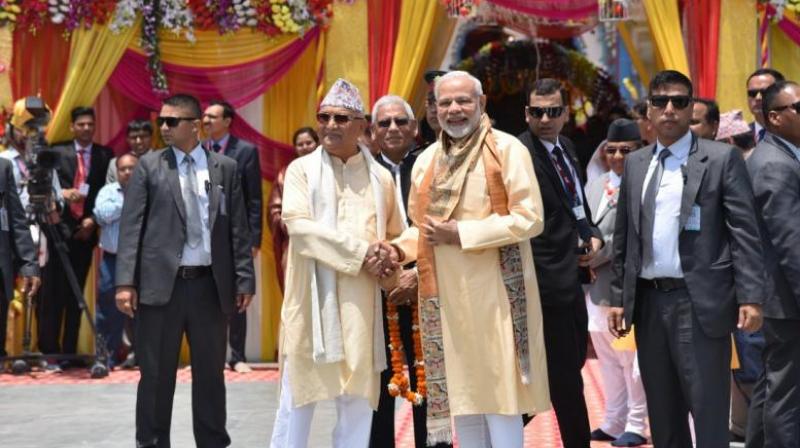 According to the Nepal's national bank, the Nepal Rashtra Bank (NRB), nearly 33.6 million Indian rupees in Rs. 1,000 and Rs. 500 banknotes are currently in the Nepali banking channel.

"I requested Modi Ji to facilitate the exchange of demonetised currency notes held in the Nepali banking system and by general public, at the earliest," Oli said at a joint press meet after their bilateral talks.

PM Modi arrived in Nepal on Friday on a two-day state visit.

The landlocked country depends on India for trade and supplies.

In March, Finance Minister Arun Jaitley had announced that Nepal would soon get exchange facilities for the demonetised high-value Indian currency notes to ease difficulties faced by Nepalese citizens.

Jaitley, who was on a visit to Nepal, had said the NRB and the Reserve Bank of India would set a modality for the exchange of demonetised currency notes soon and settle the related issues.