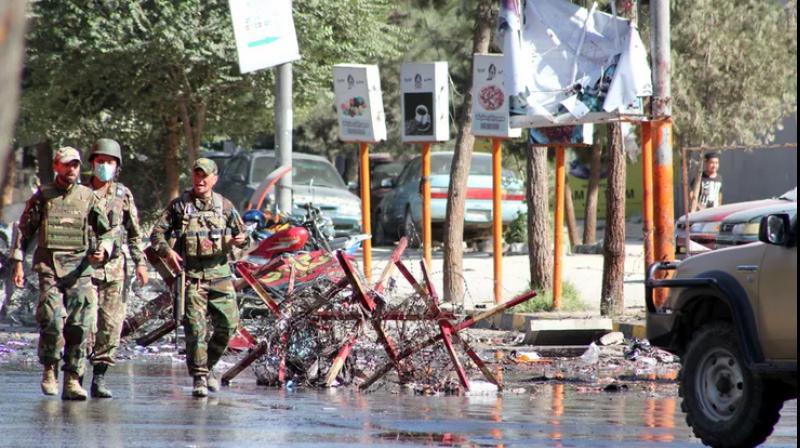 KABUL: Gunmen stormed a hospital on Tuesday in an attack in the Afghan capital Kabul, as a suicide blast killed 15 people at a funeral in the country's restive east.

Special forces rescued 80 people including mothers and babies from the Kabul hospital after three gunmen launched a morning assault, killing at least four people, the interior ministry said in a statement.

Heavily armed forces were seen carrying babies wrapped in blankets away from the scene, as the clearance operation continued.

The facility, which has a large maternity ward, is located in the west of the city, home to the capital's minority Shiite Hazara community -- a frequent target of Sunni militants from the Islamic State group.

The flare-up in violence comes as Afghanistan grapples with myriad crises including a rise in militant operations across the country and a surge in coronavirus infections.

A paediatrician who fled the hospital told AFP he heard a loud explosion at the entrance of the building.

"The hospital was full of patients and doctors, there was total panic inside," he said, asking not to be named.

The maternity services at the hospital are supported by humanitarian organisation Doctors Without Borders (MSF).

Around an hour later, a suicide bomber killed at least 15 people at the funeral of a local police commander in the country's eastern Nangarhar province, according to provincial spokesman Ataullah Khogyani.

The attacker detonated his explosives in the middle of the ceremony.

Zaher Adel, spokesman for the government hospital in Jalalabad, earlier said 12 bodies had arrived from the blast site and more than 50 people were being treated for injuries.

Amir Mohammad, who was wounded in the blast, said thousands of people had gathered for the funeral, an event which often draws huge crowds in Afghanistan.