Heavy rains lashed swathes of the country this week, with northern Hoa Binh province the hardest hit with 11 dead and 21 missing. 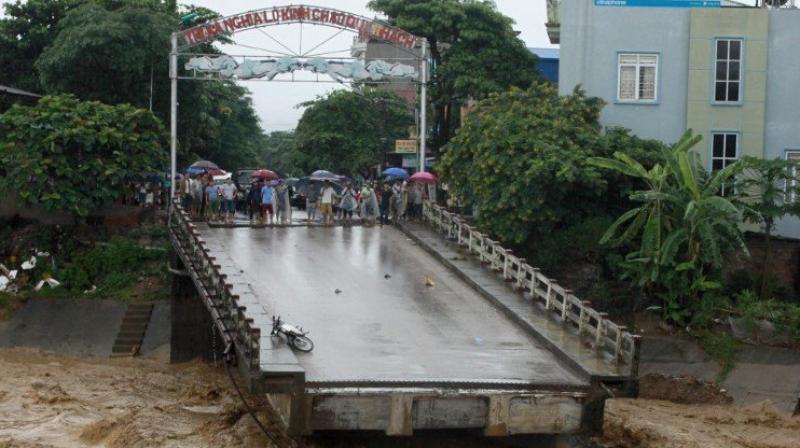 40 are missing after floods and landslides ravaged northern and central Vietnam (Photo: AFP)

Hanoi: At least 37 people were killed and another 40 are missing as floods and landslides ravaged northern and central Vietnam, disaster officials said Thursday.

Heavy rains lashed swathes of the country this week, with northern Hoa Binh province the hardest hit with 11 dead and 21 missing.

"We are mobilising all forces to search for the missing," a disaster official in the province said.

A journalist from Vietnam News Agency was swept away as an overflowing river cut through a bridge in northern Yen Bai province Wednesday. Authorities were still looking for him Thursday.

Images on state media showed people wading through waist-deep waters and tracts of forests wiped out by landslides in several regions.

At least 18 people were buried in an overnight landslide in Hoa Binh province, with 15 people still missing Thursday, according to state media.

A terrified resident described severe flooding in other parts of the province, where a state of emergency was declared.

"The flash flood was terrible. Water poured down from the hill, like a surge three metres (10 feet) high. Traffic has been blocked because of the floods," Phan Ba Dien told state-controlled VNExpress news site.

Eight people were reported dead in both Nghe An and Thanh Hoa provinces, the disaster agency said, while hundreds of soldiers and militia were deployed for rescue efforts.

At least 400 millimetres (16 inches) of rain has pounded northern and central Vietnam since Sunday, the disaster agency said.

Vietnam has been hard hit by severe weather this year.

Nearly 170 people are dead or missing from natural disasters this year, which have caused $36 million of damage, according to official figures.