The goods will be exported to countries in the Middle East and Africa. 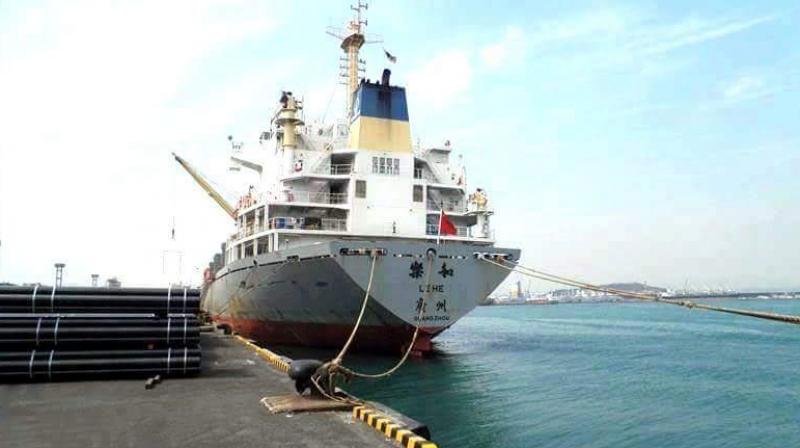 A Chinese ship docked at the port on Friday and another vessel was expected to arrive within 24 hours, Pakistan media reported, citing official sources. (Photo: Twitter)

Islamabad: The first trade convoy carrying Chinese goods for export through the western route of the USD 46 billion China-Pakistan Economic Corridor (CPEC) has arrived at the Gwadar port, a media report said on Saturday.

A Chinese ship docked at the port on Friday and another vessel was expected to arrive within 24 hours, Dawn reported, citing official sources.

The paper said that the second trade convoy was scheduled to reach on Saturday. The goods will be exported to countries in the Middle East and Africa.

A ceremony marking the opening of trade activities through the corridor will be held on Saturday, which will be attended by Prime Minister Nawaz Sharif, Army Chief Gen Raheel Sharif, Balochistan Governor Muhammad Khan Achakzai, Chief Minister Nawab Sanaullah Zehri and envoys of 15 countries.

China not only built the Gwadar port but also has its operational control. It is also building a network of roads and railways to link up its western region to Gwadar for easiest access to Arabian Sea.