During the visit, India and Japan signed 10 pacts covering a range of areas. 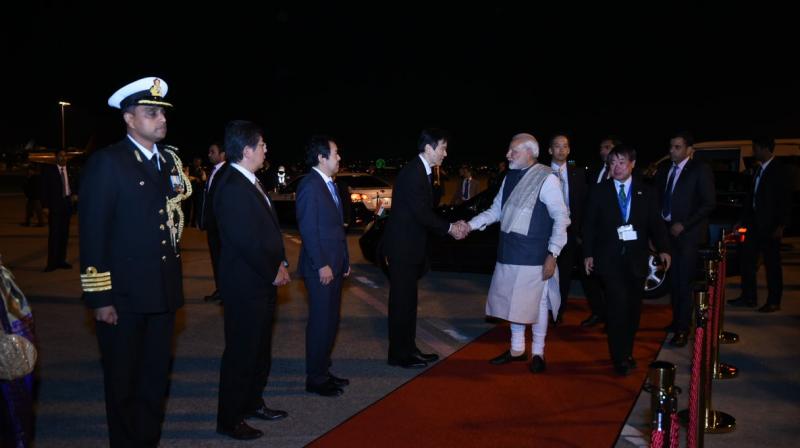 Osaka: Prime Minister Narendra Modi Sunday left for home after concluding his three-day visit to Japan, during which the two countries signed a landmark civil nuclear deal and nine other agreements in various areas.

Before his departure, Modi addressed a luncheon gathering of business leaders in Kobe, a city on Osaka Bay.

He also travelled in Japan's famed high-speed Shinkansen bullet train, which is being introduced in India on the Mumbai-Ahmedabad stretch, with his Japanese counterpart Shinzo Abe.

During the visit, India and Japan signed 10 pacts covering a range of areas such as boosting Japanese investment in infrastructure, railways, and for cooperation in space and agriculture, as part of agreements to bolster bilateral ties.