Bangladesh Police said they are unauthorised to comment on the suspect, identified as Akayed Ullah, a 27-year-old Bangladeshi immigrant. 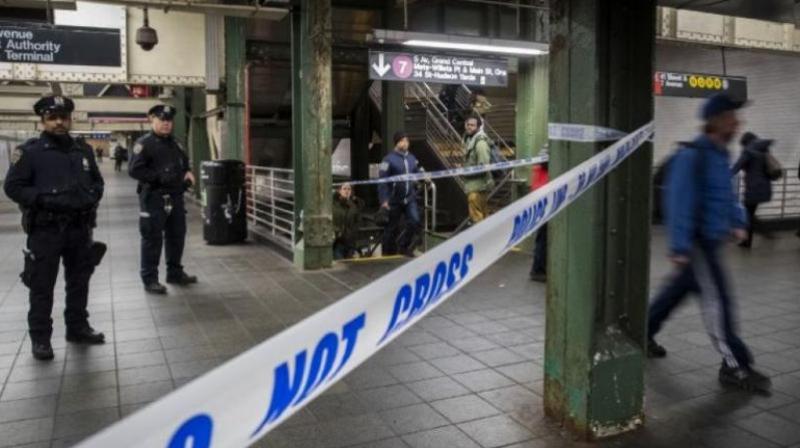 Law enforcement officials said the accused had looked at IS group propaganda online and told investigators he was retaliating against US military aggression, but had no direct contact with the group. (Photo: File)

Dhaka: Bangladesh’s government condemned an attack on New York City's subway system, as it emerged that the suspect is an immigrant from the South Asian nation.

"Bangladesh is committed to its declared policy of 'Zero Tolerance' against terrorism, and condemns terrorism and violent extremism in all forms or manifestations anywhere in the world, including Monday morning's incident in New York City," the government said in a statement.

Police in Bangladesh said on Tuesday that they were not in a position to comment on the suspect, identified by US authorities as Akayed Ullah, a 27-year-old Bangladeshi immigrant.

Ullah is accused of strapping a crude pipe bomb to his body and detonating it during rush hour Monday in an attack in which only he was seriously wounded.

Ullah arrived in the United States in 2011 and the Department of Homeland Security said he's a lawful permanent resident of the US who was living in Brooklyn.

He came to the US on a visa issued to him based on a family connection to a US citizen.

Speaking on the condition of anonymity, Law enforcement officials familiar with the investigation said Ullah had looked at Islamic State group propaganda online and told investigators he was retaliating against US military aggression, but had no direct contact with the group.

Ullah's family in the US said in a statement that it was heartbroken and deeply saddened by the suffering the attack has caused.

Bangladesh, a Muslim-majority country governed by largely secular laws, has struggled with a rise in radical Islam over the last few years.

In July 2016, the country was shocked when five young men belonging to the domestic militant group Jumatul Mujahedeen Bangladesh, or JMB attacked a popular restaurant frequented by foreigners and wealthy Bangladeshis and left 20 hostages, including 17 foreigners, dead.

During the attack the men sprayed bullets and threw grenades, and slaughtered the hostages.

But even before that smaller attacks had been taking place targeting secular academics, atheist bloggers and members of the country's tiny Hindu minority and foreigners.

The Islamic State group claimed responsibility for most of those attacks, including the one at the restaurant, but the government of Prime Minister Sheikh Hasina has denied that the Sunni extremist group has any presence in the impoverished country.

The government has blamed the attacks on local radical groups.

In 2016, the government has reinforced a crackdown to crush Islamist militants and killed dozens of suspects, including some accused of being the masterminds of the restaurant attack.