Meanwhile, an outbreak of the omicron variant in Shanghai saw schools shuttered again 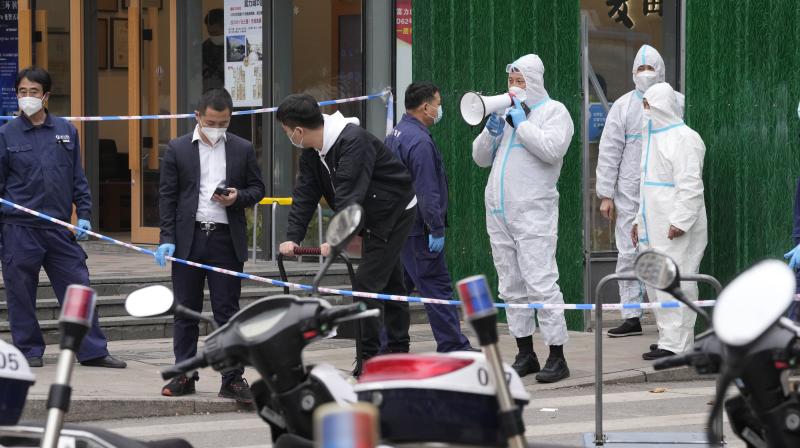 Workers wait to collect deliveries for a lockdown community in Beijing. (Photo: AP)

Beijing: China has once again resorted to mass shutdowns of its cities, including schools and markets as the country experiences the most significant surge in COVID-19 cases since the early days of the pandemic, media reports said on Saturday.

The Chinese authorities have shut down the city of Changchun in Jilin province, a city of nine million residents, The Age reported.

At the same time, the authorities have ordered the construction of makeshift hospitals in the city, and also in the eastern port city of Qingdao.

Meanwhile, an outbreak of the omicron variant in Shanghai saw schools shuttered again, while officials are said to be looking at diverting all international flights away from the financial centre to ease pressure on quarantine hotels.

China isolates all virus cases, including those in the community, as part of its COVID Zero policy, the report said.

The situation is not at ease even in the autonomous region of Hong Kong. About 300,000 Covid-19 patients and their close contacts in Hong Kong are now under home quarantine, according to the city's Chief Executive Carrie Lam. The city chief also highlighted that it would be challenging for the authorities to keep up if the cases keep rising at the current rate.

Domestic infections topped 1,000 on Friday for the first time since the peak of the original Wuhan outbreak, a tally that has ballooned from just over 300 cases a day in less than a week.

Of the total infections, 1,412 were reported in the North-eastern province of Jilin.