The incident, which resulted in deployment of passenger oxygen masks, occurred Tuesday on flight by Chinese flag carrier from Hong Kong. 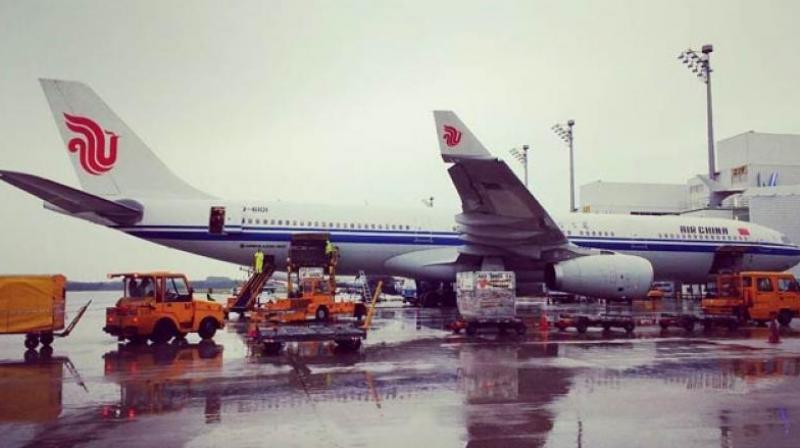 The CAAC said the aircraft dropped down to low as 3,000 metres (10,000 feet), without specifying its original altitude. (Representational Image)

Shanghai: An Air China jet made a rapid emergency descent after a co-pilot mistakenly turned off air-conditioning systems in a bid to conceal his e-cigarette smoke, Chinese media quoted the country's civil aviation authority as saying on July 13.

The incident, which resulted in the deployment of passenger oxygen masks, occurred Tuesday on a flight by the Chinese flag carrier from Hong Kong to the city of Dalian in northeastern China.

The Civil Aviation Administration of China (CAAC) said in a press conference in Beijing that the drama was triggered when the co-pilot sought to turn off a ventilation system to prevent his smoke spreading into the main cabin, the respected news site Caixin said.

Smoking is not allowed aboard Chinese commercial passenger flights. But the co-pilot accidentally switched off air-conditioning instead, leading to a decrease in cabin oxygen levels. That set off an emergency warning system indicating that the 737 jet may have flown too high and instructing the pilots to quickly descend.

Chinese media reports quoted passengers and flight-tracker sites as saying the plane may have descended as much as several thousand metres.

The CAAC said the aircraft dropped down to low as 3,000 metres (10,000 feet), without specifying its original altitude.

Video from aboard the flight that was later posted on social media showed oxygen masks hanging down from the ceiling throughout the cabin, but no signs of panic.

The CAAC has said there were no injuries to the 153 passengers and nine crew. It added that it was continuing to investigate the incident.