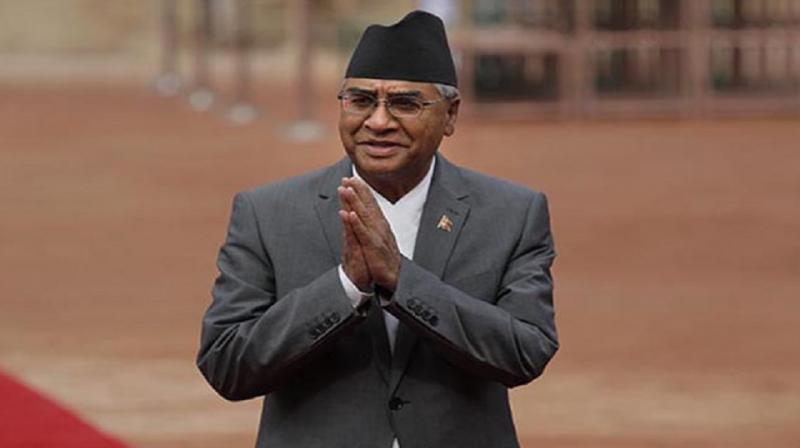 The Supreme Court on Monday overturned Prime Minister Oli's May 21 decision to dissolve the House of Representatives and ordered the appointment of Sher Bahadur Deuba as prime minister. (AP Photo)

President Bidya Devi Bhandari appointed him in accordance with Article 76(5) of the Constitution, The Himalayan Times reported.

This is the fifth time that 74-year-old Deuba is returning to power as the Prime Minister of Nepal.

His appointment is in line with the ruling issued by the Supreme Court on Monday to make way for his claim to premiership, replacing incumbent K P Sharma Oli.

The Office of the President has apprised Deuba of his appointment, the report said.

It was not immediately known when the swearing-in ceremony would take place as efforts were on for its preparation.

Deuba is required to seek a vote of confidence from the House within 30 days of his appointment as the Prime Minister, as per the constitutional provisions.

The Supreme Court on Monday overturned Prime Minister Oli's May 21 decision to dissolve the House of Representatives and ordered the appointment of Deuba as prime minister.

The five-member Constitutional Bench led by Chief Justice Cholendra Shumsher Rana said that Oli's claim to the post of prime minister was unconstitutional.

Reinstating the House yet again -- the court had restored the House earlier on February 23 after Oli dissolved it on December 20 -- the bench has ordered to make arrangements for holding the House meeting by 5 PM on July 18.

In its order, the constitutional bench said President Bhandari's decision to reject Deuba's claim to form a new government was unconstitutional.