The communiqué said that the operation by Pakistani forces, based on actionable intelligence from US authorities, was successful. 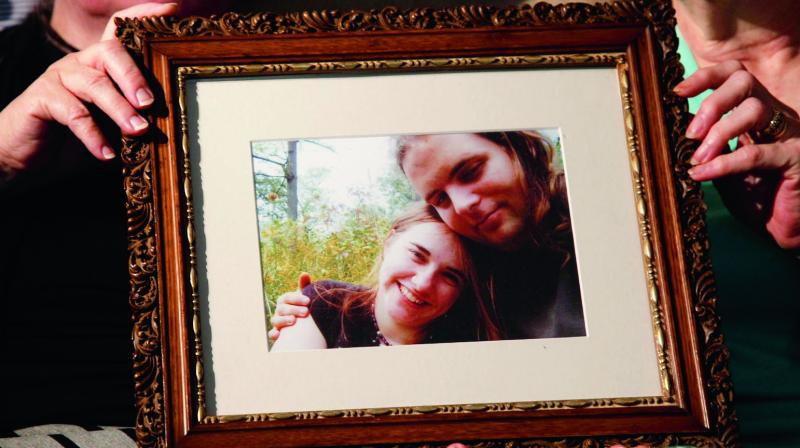 In this file photo Linda Boyle, left and Lyn Coleman hold a photo of their married children, Joshua Boyle and Caitlan Coleman, who were rescued by Pakistan Army on in an operation. (Photo: AP)

A military statement said: “Army (has) recovered five western hostages including one Canadian, his US National wife and their three children from terrorists’ custody through an intelligence based operation.”

It added: “They were captured by terrorists from Afghanistan during 2012 and kept as hostages there.”

US intelligence agencies, it said, had been tracking them and shared their shifting across to Pakistan on October 11, 2017 through Kurram Agency border.

The communiqué said that the operation by Pakistani forces, based on actionable intelligence from US authorities, was successful. “All hostages were recovered safe and sound and are being repatriated to the country of their origin,” the military said.

The success, it added, underscores the importance of timely intelligence sharing and Pakistan’s continued commitment towards fighting the menace through cooperation between two forces against a common enemy.

In Washington, US President Donald Trump hailed the release of the hostages from Taliban captivity and identified the kidnapped couple as Caitlan Coleman and Joshua Boyle. He said their release was a “positive moment” for US relations with Pakistan. “The United States government, working in conjunction with the Government of Pakistan, secured the release of the Boyle-Coleman family from captivity in Pakistan,” Mr Trump said.