Pakistani army has created a special force to guard the new trade routes and the port. 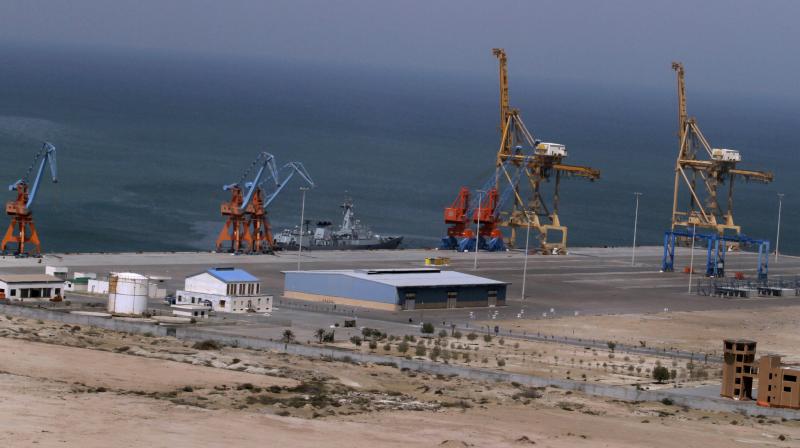 Islamabad: Pakistan’s top civilian and military leaders travelled to the country’s southwest on Sunday to open a new international trade route by seeing off a Chinese ship that’s exporting goods to the Middle East and Africa from the newly built Gwadar port.

The first convoy of Chinese trucks carrying goods for sale abroad has arrived in Pakistan amid tight security using a road linking Gwadar to China’s northwestern Xinjiang region, the government said in a statement.

Prime Minister Nawaz Sharif said that Pakistan will provide best possible security to foreign investors to enable them to use the Chinese-funded port for international trade.

Amid security concerns for foreign workers, the Pakistani army has created a special force to guard the new trade routes and the port, which is located in insurgency-wracked Baluchistan province where an overnight blast at a shrine killed nearly 50 people.

The attack was claimed by the Islamic State group and Pakistani officials said it was aimed at harming the Chinese-funded projects in the southwest and elsewhere in the country.

China is building a network of roads and power plants under a project known as China-Pakistan Economic Corridor that is expected to absorb $46 billion in Chinese investment in the coming decades.

China and Pakistan have long maintained close political and military relations, based partly on mutual antipathy toward neighbor India. Gwadar port is located on the Arabian Sea and it occupies a strategic location between South Asia, Central Asia and the Middle East. The port is also located at the mouth of the Persian Gulf, just outside the Straits of Hormuz.

China is seeking convenient and reliable access to the Arabian Sea and the Indian Ocean. Chinese ships now use the Strait of Malacca, a narrow passage between the Malay Peninsula and Indonesia. The proposed new route would give China access to the Persian Gulf region and the Middle East.