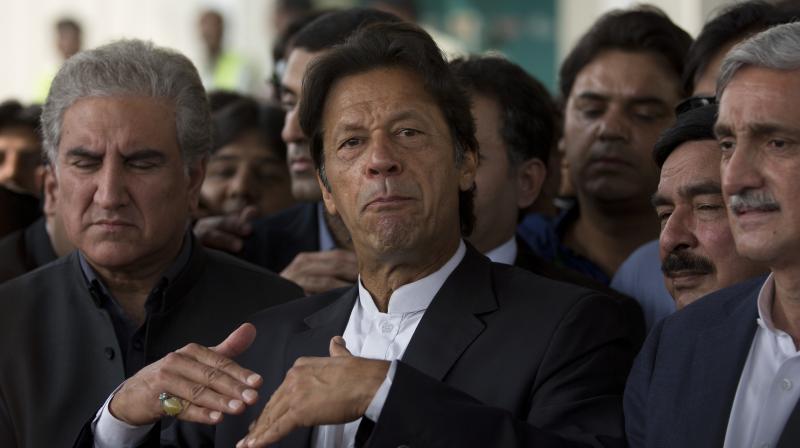 Islamabad: Imran Khan led Pakistan Tehrik-e-Insaf (PTI) has said it will submit more evidence in the Supreme Court against the ruling Sharif family to expose their corruption.

“Prime Minister Nawaz Sharif has claimed that in 2005 he gathered revenue for his children to start business after selling a steel mill in a Gulf state. But, proofs recently gathered by the PTI speak otherwise and endorse the fact that offshore companies were registered by the Sharif family and investments worth millions of rupees were made through these firms before 2005,” said Jehangir Tareen.

He explained that during 1993, 1995, 1996 and 2004, five Mayfair flats were purchased through three offshore firms, which were increased to several afterwards.  He added that the properties were at that time pledged to obtain loans. Mr Tareen claimed the companies incorporated by the Sharif family during the period of 2001-2005 had a clear mention of one of the Mayfair flats as residential address of Hasan Nawaz.

Mr Tareen noted that according to statements submitted by the Prime Minister’s children in court, Maryam Nawaz had been receiving money as gift from his father.  “The income in tax returns showed by Maryam does not match with her expenses. These are insufficient even to meet her travel expenses," Asad Umar said.