Wang says continuing to implement nuclear deal was responsibility of all parties concerned and common wish of the international community. 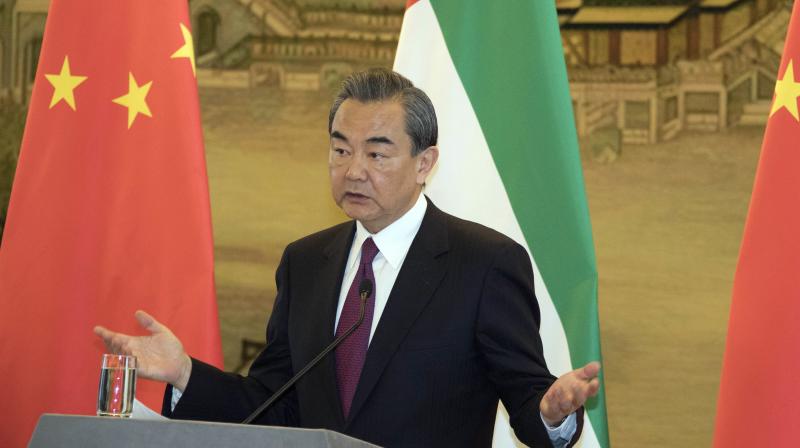 Shanghai: China on Saturday pledged to continue playing a constructive role in maintaining and implementing the Iran nuclear deal, after US President Donald Trump set an ultimatum to fix "disastrous flaws" in a deal.

Chinese Foreign Minister Wang Yi told Iranian Foreign Minister Mohammad Javad Zarif by phone that implementation of the deal had not been "derailed" but would face "some new complicating factors", the state news agency Xinhua reported.

Continuing to implement the nuclear deal was the responsibility of all parties concerned and the common wish of the international community, Wang was quoted as saying during the call, which took place on a visit to Rwanda.

The deal would help uphold the international non-proliferation regime, maintain regional peace and stability and solve "other hot issues" around the world, he said.

He urged Iran to remain calm and continue to fulfil its obligations under the deal.

On Friday, Trump agreed to waive sanctions against Iran that were lifted as part of the international deal but said it would be the last time unless conditions were met to fix what he called "significant flaws" in the deal.

His ultimatum puts pressure on Europeans - key backers and parties to the 2015 international agreement to curb Iran's nuclear program - to satisfy Trump, who wants the pact strengthened with a separate agreement within 120 days.

Zarif responded on Twitter that the deal was not renegotiable and that Trump's stance "amounts to desperate attempts to undermine a solid multilateral agreement".

Iran said on Saturday it would retaliate against the new sanctions, although it did not specify how.