At the cultural concert which followed the dinner, the two leaders sat in the first row separated by seven dignitaries. 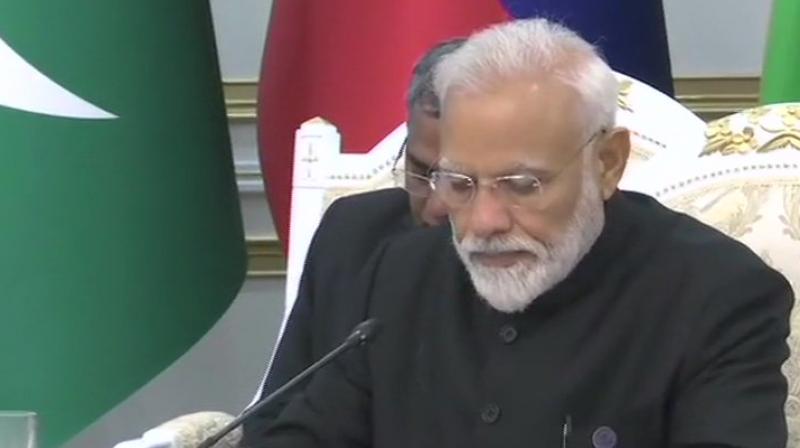 Bishkek: Funze restaurant in Bishkek hosted the global leaders for dinner on Thursday and anticipated a face-off between Prime Minister Narendra Modi and Pakistan’s Prime Minister Imran Khan as the two leaders sat across the table but nothing happened, The Indian Express reported.

“Koi dua-salaam nahin hua (there was no exchange of pleasantries),” a source told The Indian Express, after the dinner.

At the cultural concert which followed the dinner, the two leaders sat in the first row separated by seven dignitaries.

This was in sharp contrast to what happened in Astana, Kazakhstan when PM Modi met the then PM of Pakistan Nawaz Sharif and enquired about his health, his mother and family. This meeting was preceded by PM Modi’s gesture of making a surprise stopover in Lahore to greet Sharif on his birthday."

Before landing in Bishkek, Khan told Russian news agency Sputnik that Pakistan’s relationship with India is probably at its “lowest point”, and hoped PM Modi will use his “big mandate” to resolve all differences, including the Kashmir issue.

Highlighting that the Shanghai Cooperation Organisation countries provide these fresh platforms and developing a relationship with other countries, he said, “And that means, of course, India as well because at the moment our bilateral relationship with India is, probably, at its lowest point. And, yes, it will be an opportunity to speak to the Indian leadership during this SCO conference.” There is no bilateral meeting scheduled on Friday as well.

Referring to PM Modi’s re-election, Khan told Sputnik, “But we hope now that the current Prime Minister has one big mandate, we hope that he will use this mandate to develop a better relationship and bring peace in the subcontinent.”

“There is no way two nuclear-armed countries should think of resolving the differences through military means. It is madness. So we hope that now we can progress, use dialogue to resolve our differences,” Khan said.

Khan also noted that Pakistan has opened the Kartarpur corridor and called it a “great initiative”.