Lavish dinner for SCO leaders, Modi gets his veg

Initially, a six-course meal was planned but it was reduced due to time constraints 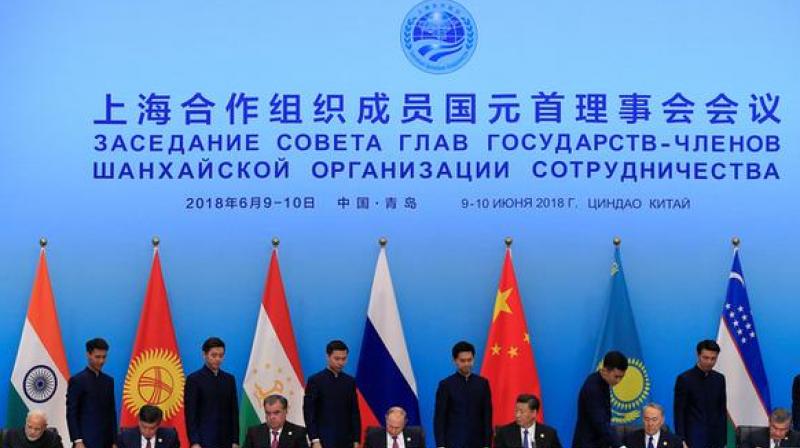 The juicy apple dessert was served at the end to sum up the dinner for the world leaders. (Photo: ANI)

A special vegetarian meal was prepared for Prime Minister Narendra Modi. The meal included vegetable salad, Pulao without meat, and special pie as dessert, while for the other leaders, the dishes ranged from Soup Sourpa to authentic Kyrgyz style Pulao served with meat.

The juicy apple dessert was served at the end to sum up the dinner for the world leaders.

The state leaders enjoyed a four-course meal for about 45 minutes. Initially, a six-course meal was planned but it was reduced due to time constraints. There was a 10-minute difference between the meal courses.

Although Prime Minister of Pakistan Imran Khan was at the dinner, no pleasantries were exchanged between PM Modi and him.

While Khan is attending the SCO summit for the first time after assuming office last year, this is Modi's first visit to a multilateral forum after being re-elected for a second term.

India had already clarified that there would be no bilateral meeting between Khan and Modi during the summit. This comes despite the Pakistan Prime Minister writing a letter to Modi, saying Islamabad wants dialogue with New Delhi to resolve all outstanding issues between the two countries.

Moreover, Modi's chartered plane did not take the Pakistani air space for flying to Bishkek and instead flew via the circuitous route through Oman and Iran.