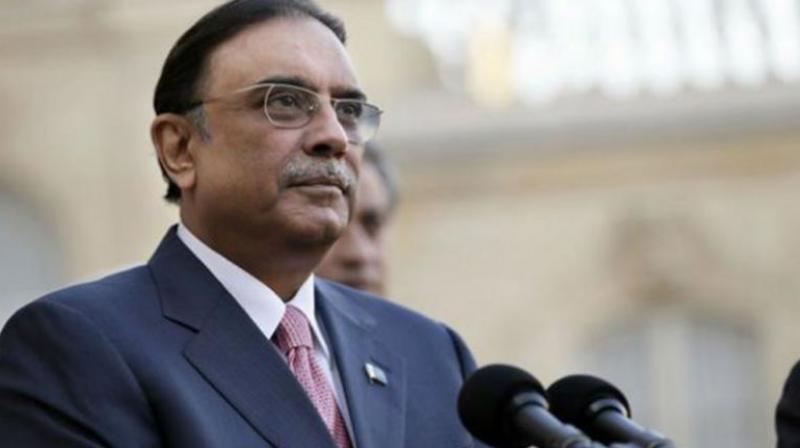 Zardari and his sister are two of the main accused in the money laundering scandal which utilised fake bank accounts to channel illegally gained funds out of Pakistan. (Photo: AFP)

Faryal Talpur, 61, was arrested by the officials of the National Accountability Bureau from in Islamabad, days after the anti-graft body apprehended her brother and Pakistan Peoples Party (PPP) co-chairman Zardari on Monday.

The Islamabad High Court on Monday rejected the two leaders' bail plea in connection to a high-profile case of money laundering allegedly through fake banks accounts. In its orders, the court allowed the NAB to arrest Zardari and Talpur.

The brother-sister duo now have the option of appealing the order in the Supreme Court. An arrest warrant was handed to NAB Rawalpindi three days ago, following which it constituted a team to arrest the PPP leader Talpur, Geo News quoted NAB officials as saying.

The NAB will not shift Talpur to its offices but would keep her under custody at her Islamabad residence, which has been declared a sub-jail, the report said. The officials have also summoned a team of doctors at the sub-jail to conduct Talpur's medical examination.

The Bureau is expected to present Talpur in an accountability court on Saturday to seek her physical remand, the report said. The NAB is investigating four cases where the former president and his sister are the prime accused. Zardari and his sister are two of the main accused in the money laundering scandal which utilised fake bank accounts to channel illegally gained funds out of Pakistan.

According to the NAB officials, the duo made transactions of Rs 150 million through alleged fake bank accounts. The cases against Zardari are part of the investigations being conducted by NAB in pursuance of the Supreme Court's verdict in the money laundering of billions through fake accounts case.

In the report, NAB listed down at least eight cases where Zardari's link had been established. It further added that 22 inquiries and three investigations were underway while three references had been filed. Zardari, the 11th President of Pakistan from 2008 to 2013, has denied any link with the fake accounts.

He has said the allegation was part of a vilification campaign by the ruling party to malign opposition leaders.