PM Modi highlighted the spirit of SCO to strengthen cooperation in fighting terrorism. 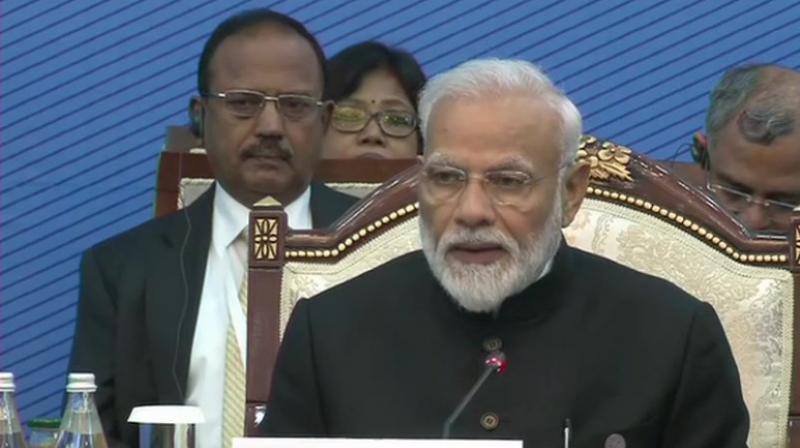 "India has been a permanent SCO member for two years now. We've given a positive contribution in all activities of SCO. We've continued engagements to enhance SCO's role & credibility on the international stage," PM Modi said.

In a veiled attack on Pakistan, PM Modi said that countries sponsoring, aiding and funding terrorism must be held accountable as he called for a global conference to combat the menace.

PM Modi highlighted the spirit and ideals of the SCO to strengthen cooperation in the fight against terrorism. "India stood for a terrorism-free society," PM said.

To combat the menace of terrorism, countries will have to come out of their narrow purview to unite against it, PM Modi said in the presence of his Pakistani counterpart Imran Khan.

Prime Minister also called on the SCO member states to cooperate under the SCO Regional Anti-Terrorist Structure (RATS) against terrorism.

Commenting on his visit to Sri Lanka, PM said, "Literature & culture provide our societies a positive activity, stop the spread of radicalisation among the youths. During my visit to Sri Lanka, I visited the St. Anthony's shrine, where I witnessed the ugly face of terrorism that takes the lives of innocents."

Founded in 2001 with five-member-countries, India became a member of the SCO in 2017 along with Pakistan.