Liu was sentenced to 11 years in jail for his strident opposition to the one party rule of the Communist Party of China. 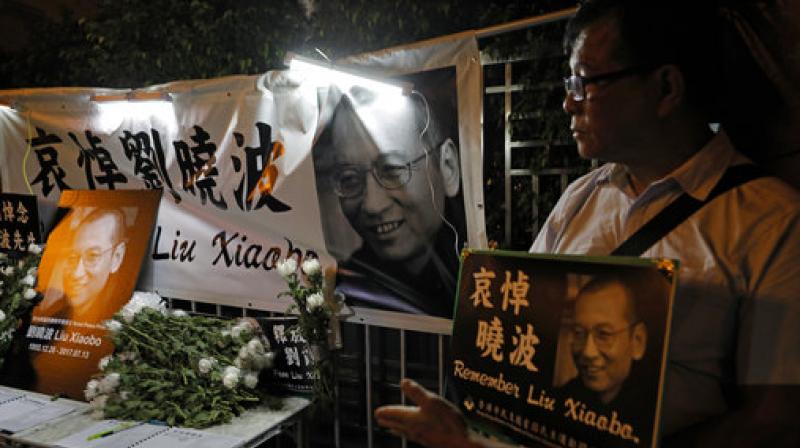 Beijing: In an unprecedented move, the Chinese Foreign Ministry on Friday removed questions related to Nobel Peace Prize winner Liu Xiaobo from the transcripts of its daily media briefings available on the official website.

The move came hours after the death of the 61-year-old human rights activist who died due to multiple organ failure following a battle with cancer while still in custody.

Asked why the references about Liu were removed, Chinese Foreign Ministry spokesman Geng Shuang said that the ministry has the right to decide about the content of the transcripts.

"I answered more than 10 questions on the subject on Thursday. When you are covering the press conference did you write the every word I said in your report. We have the right to decide which kind of content can go online," Geng said.

According to the justice bureau of Shenyang city in Liaoning Province, Liu, convicted of subversion of state power in 2009, died of multiple organ failure today.

He was sentenced to 11 years in jail for his strident opposition to the one party rule of the Communist Party of China.

Liu served eight years in jail before he was diagnosed with cancer. He was awarded the 2010 Nobel Peace Prize while in jail and was represented by an empty chair at the ceremony in Oslo.