India to send humanitarian aid for Rohingya refugees in Bangladesh

The UNHRC had said that 3,70,000 Rohingyas have fled violence-affected Myanmar's Rakhine state and sought refuge in Bangladesh. 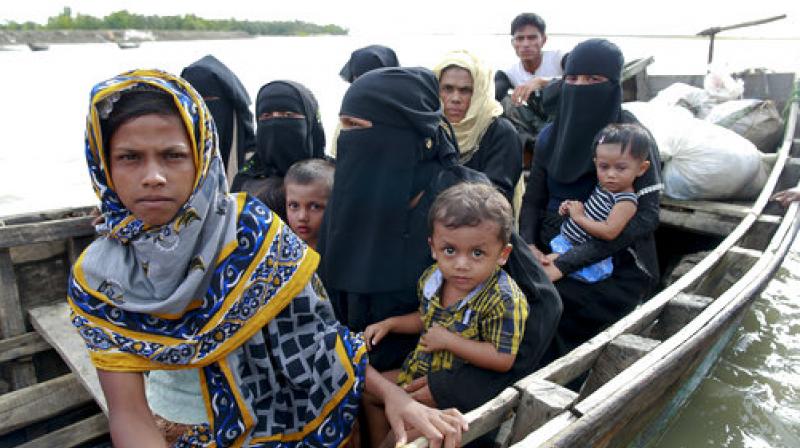 New Delhi/Dhaka: New Delhi has decided to send consignments of humanitarian assistance to Dhaka, in response to the humanitarian crisis being faced on account of the large influx of refugees into Bangladesh.

This development comes days after Bangladesh briefed India about the problems faced by it due to the influx of refugees from Myanmar following the ethnic violence in the Buddhist-majority nation.

"The 'Operation Insaniyat' is launched to help Rohingya Muslim refugees in Dhaka, to provide relief material that will be delivered in multiple consignments. The first tranche will be brought to Chittagong by an Indian Air Force plane on September 14," a press statement read.

The statement further read that India stands ready to provide any assistance required by Bangladesh in the hour of need.

The United Nations refugee agency, the UNHCR, had said that at least 3,70,000 Rohingya refugees have fled from the violence-affected Myanmar's Northern Rakhine state and sought refuge in Bangladesh where the limited shelter capacity is already exhausted.