Sinha, who insisted he would return to Bangladesh once his leave ends on November 10, rejected claims by the country's justice minister 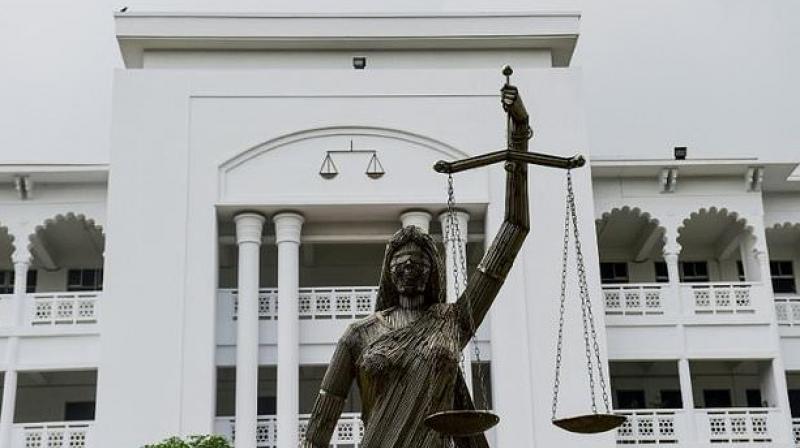 Dhaka: Bangladesh's first Hindu Chief Justice S K Sinha was today accused of graft and money laundering after he left the country amid reports that the government was upset with him over his decision to scrap parliament's authority in impeaching Supreme Court judges.

In an unusual move, the country's Supreme Court (SC) said the apex court judges earlier this month decided not to sit in the bench of Sinha over allegations of graft and moral lapses brought to their notice by President Abdul Hamid.

The Supreme Court issued a statement as Sinha overnight left for Australia saying he was "embarrassed" over the controversy surrounding his July ruling. He also denied claims by the government that he was sick.

"This written statement (of Sinha) is misleading," reads the Supreme Court statement signed by its Registrar General Syed Aminul Islam.

It said President Hamid on September 30 invited all the five apex court judges to Bangabhaban presidential palace barring the chief justice and held a long discussion.

"The honourable president handed over to them the evidences of 11 specific allegations against Chief Justice Surendra Kumar Sinha," it said, adding that it included some grave charges like money laundering, financial irregularities, corruption and moral lapses.

In unitary Bangladesh, the Supreme Court has two wings, the High Court Division and the apex Appellate Division and all the five apex court judges held a meeting the next day and decided to discuss the issue with Sinha.

"They (judges) decided if he (Sinha) fails to give any satisfactory explanation or reply to the allegations it will not be possible on their part to sit with him in the bench to deliver justice," the statement said.

The five judges, it said, then met the chief justice at his official residence on the same day and raised the matter seeking his explanation.

"But despite long discussion the five judges of Appellate Division didn't get any acceptable explanation or reply from him and so all of them clearly conveyed to him that until the disposal of those charges it will not be possible for them to share the bench with him to deliver justice," it said.

Sinha told them that "he will resign" but he would let them know about his final decision on October 2.

"(But) on October 2, 2017, without informing anything to those aforesaid judges, he filed an application to the honourable president seeking one month leave and the president subsequently approved it," the statement said.

Ahead of his departure for Australia on a private tour, Sinha said, "I am the guardian of the judiciary. In the interest of the judiciary, I am leaving temporarily so that its image does not get hurt. I will return."

Sinha said he "firmly" believed that his stance over a recent verdict was misinterpreted to the government, upsetting Prime Minister Sheikh Hasina but he expected her to realise the facts soon.

He also outright rejected an earlier claim by the law minister and attorney general about his sickness.

"I am not sick, I am well...I am not fleeing either," Sinha told reporters before leaving for the airport.

After the brief comments he released a written statement. The government's row with the judiciary sparked in July this year when the apex court delivered a verdict declaring void 16th constitutional amendment, scrapping parliament’s authority over impeaching Supreme Court judges.

The verdict was hailed by lawyers as a crucial step towards a secular judiciary in the Muslim-majority nation.

The dispute grew in the subsequent weeks as several senior government leaders virtually attacked Sinha over his comments blasting the government for its reaction and referred to Pakistan's instance where former prime minister Nawaz Sharif was stripped of his premiership under an apex court ruling.

Prime Minister Hasina accused him of defaming parliament and president and "humiliating" Bangladesh by referring to Pakistan's instance premier's removal saying "he (chiefjustice) should have quit (and) the most humiliating thing is the comparison with Pakistan which is intolerable.”

Main Opposition outside parliament Bangladesh Nationalist Party of ex-premier Khaleda Zia has supported Sinha, saying the government was trying to control the higher judiciary by launching a campaign against the apex court judgement.

Hours ahead of his departure, BNP Secretary General Mirza Fakhrul Islam Alamgir said that the government forced Sinha to go abroad to "establish its full control over the judiciary".

"It's now clear to the entire nation that the government has taken all the steps to send the chief justice abroad by force," he said.

Sinha, Bangladesh’s first Hindu chief justice whose tenure expires in January 2018, in his written statement said he was a "bit worried about the independence of the judiciary".

He complained that the judge who became the acting chief justice to perform the "routine" job in his absence was encouraged by the government to bring changes to the Supreme Court administration soon.

"If any interference is made in the chief justice's administration, it can be easily assumed that the government is interfering in the higher court and this will further deteriorate the relationship between the judiciary and the government. It would not bring any good to the state," he said.