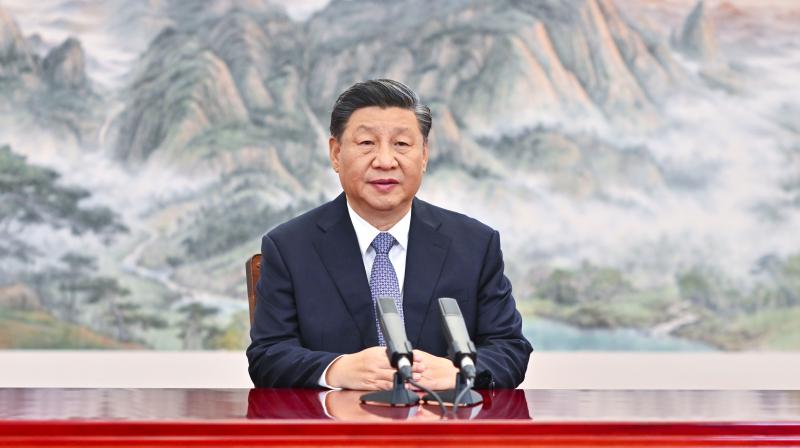 There appeared to be an elevated police presence around the site but locals said they had not seen the banners being unfolded. (Photo: AP)

BEIJING: China's internet censors removed on Friday virtually all references to reports of a rare protest in Beijing that involved banners denouncing President Xi Jinping and the country's Covid policies.

Beijing is on high alert against any disruption to a landmark Communist Party meeting that begins on Sunday, where Xi is expected to secure a historic third term.

Incoming parcels and subway commuters have been subjected to additional security checks, and armies of volunteers have been deployed in every neighbourhood to report anything out of the ordinary.

But video footage and photos that spread online on Thursday appeared to show a defiant protester draping two hand-painted banners with slogans criticising the Communist Party's policies on the side of a bridge in Beijing.

"No Covid tests, I want to make a living. No Cultural Revolution, I want reforms. No lockdowns, I want freedom. No leaders, I want to vote. No lies, I want dignity. I won't be a slave, I'll be a citizen," one banner read.

The other banner called on citizens to go on strike and remove "the traitorous dictator Xi Jinping".

There was no sign of the banners or their writer when AFP journalists arrived at the scene of the reported protest Thursday.

There appeared to be an elevated police presence around the site but locals said they had not seen the banners being unfolded.

Public protests are extremely rare in the Chinese capital and those who defy Beijing's strict security apparatus face serious punishment.

By Friday morning, Chinese social media censors had blocked posts and keywords related to the protest, including "Sitong Bridge", the name of the overpass where the slogans appeared to have been displayed.

Search results for the keyword "Beijing" on the popular Weibo platform were restricted to just verified accounts on Friday, instead of the usual torrent of regular users' posts about the capital.

Even phrases that referred obliquely to the protest, including the hashtag "I saw it", returned no results by Friday afternoon.

"I saw it" was one of the last hashtags with which Weibo users discussed the incident in veiled references early Friday, with one user posting: "I saw it, I will not forget it."