Army personnel will be deployed at places where violence may erupt or which can be targeted by militants. 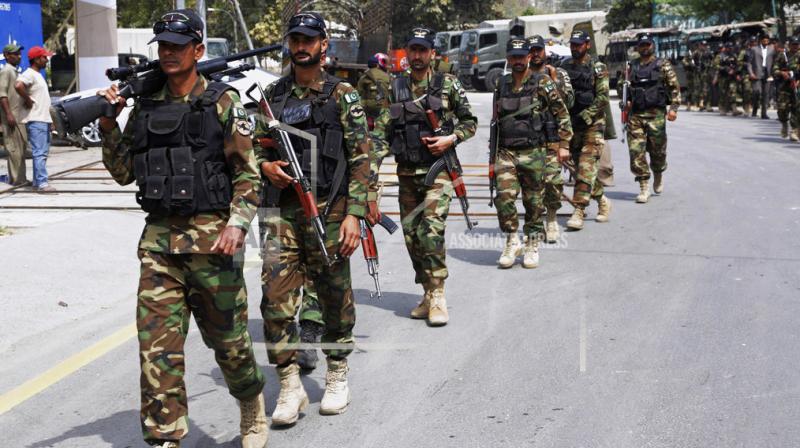 Soldiers had also been deployed during the 2013 elections. Representational image. (Photo: AP)

Islamabad: Pakistan's Election Commission on Thursday sought the help of the Army for security at sensitive polling stations during the general election on July 25 besides overseeing the printing and distribution of ballot papers across the country.

The decision was taken at the meeting of the Election Commission of Pakistan (ECP), the official body responsible for organising the polls. Sources in the ECP said that Army personnel will be deployed at places where violence may erupt due to local rivalries or which can be targeted by militants.

The Army will also be deployed to oversee the printing of ballot papers and later their distribution across the country.

It is not for the for the first time that army will be deployed to maintain peace on the election day. Soldiers were also deployed during 2013 elections.

The ECP is currently scrutinising the nominations filed by candidates for deferral parliament and provincial legislatures. The electoral watchdog has also decided to install closed-circuit television (CCTV) cameras at more than 20,000 polling stations throughout Pakistan, according to a local media report.

A total of 105 million people constitute the electoral roll across the six provinces Pakistan, which has a population of over 200 million, according to data on the website of the ECP.