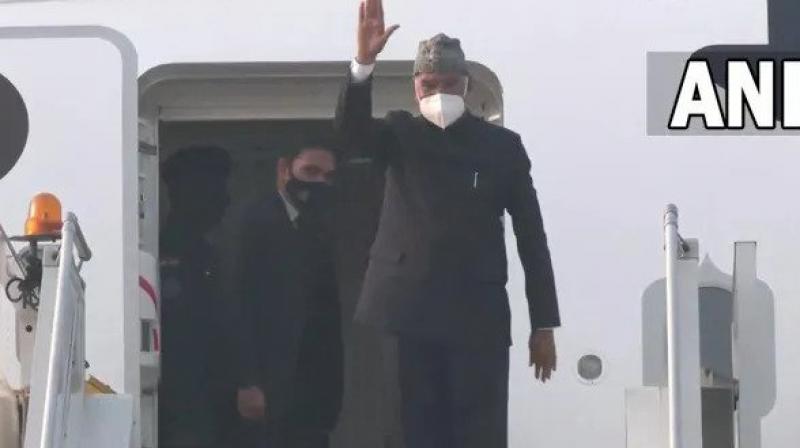 Dhaka: President Ram Nath Kovind on Wednesday arrived here on a maiden three-day State Visit during which he will hold talks with his counterpart and attend the golden jubilee celebrations of Bangladesh's 1971 independence from Pakistan.

It is President Kovind's first trip abroad since the outbreak of the COVID-19 pandemic. He will represent India as the guest of honour in Bangladesh's 50th Victory Day celebrations here.

In a reflection of close ties, India is also hosting a number of events to mark the 50th anniversary of the 1971 India-Pakistan war that led to the liberation of Bangladesh.

Bangladesh's Foreign Minister Dr AK Abdul Momen, at a virtual press conference here on Tuesday, called President Kovind's visit a ceremonial one but emphasised that all issues of bilateral ties were expected to be reviewed as part of his tour.

"President Kovind is set to visit Bangladesh on 15-17 December at the invitation of the President of Bangladesh M Abdul Hamid as a unique sign of good relations between the two neighbouring countries," he said.