2 ships given to Pak Navy for Gwadar security: China

The spokesperson said that it was part of normal military trade between the two countries and was not a donation, contrary to reports. 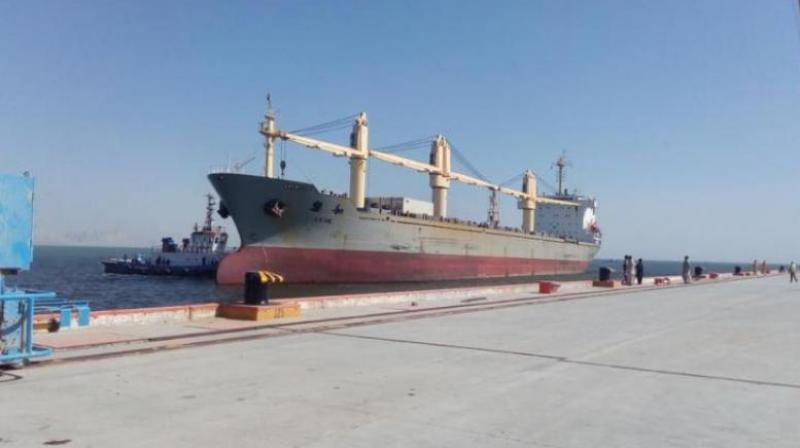 China on Sunday handed over the two ships to the Pakistan Navy for joint security along the sea route of the China-Pakistan Economic Corridor (CPEC) (Photo: AP)

Beijing: China on Monday said it has sold two naval ships to Pakistan to protect the strategic Gwadar port and trade routes under the $46 billion China-Pakistan Economic Corridor, saying the sale of vessels was part of "normal" military and trade cooperation.

"I have learnt that some reports said China has donated these vessels. This is not correct," Chinese Foreign Ministry spokesperson Hua Chunying told a media briefing here while replying to a question that Beijing has gifted two vessels to Pakistan.

"So I want clarify that it is not a donation but it is military trade cooperation. Pakistani side bought these two ships from China," she said.

China on Sunday handed over the two ships to the Pakistan Navy for joint security along the sea route of the China-Pakistan Economic Corridor (CPEC).

The Gwadar port in Pakistan's restive Balochistan province has been developed under CPEC linking western China through Pakistan with the Middle East, Africa and Europe.

Recently built in China and equipped with state-of-the-art guns, the ships will be part of Pakistan Navy and also used to protect the sea-lanes in the Arabian Sea.

A ceremony was held in Gwadar where Chinese officials, who reached Gwadar aboard the ships, handed them over to their Pakistani counterparts.

In the past, China has shied away from saying that it plans to deploy its naval ships in Gwadar, a move which could raise alarm in the US and India.

China has not only rebuilt the Gwadar port but also has its operational control. It is also building a network of roads and railways to link up its remote western region to Gwadar for easier access to the Arabian Sea.