3 people were being treated for life-threatening injuries, 10 were severely injured and 30 others sustained light injuries. 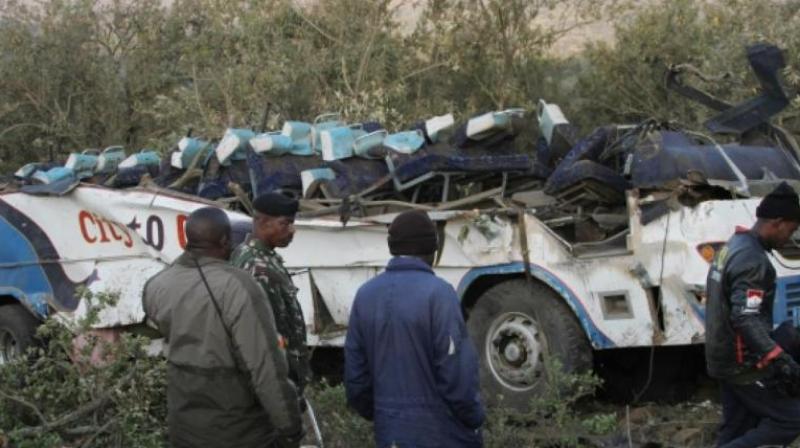 Beijing: A head-on collision between a bus and truck in eastern China left 12 people dead and dozens injured, the local government and state media said Tuesday.

The truck's driver was detained for investigation following Monday afternoon's crash on a national highway near the city of Yingtan in Jiangxi province, the local government said on its microblog. The bus driver was among the dead.

Photos carried by online news reports on Tuesday showed the bus completely destroyed and police standing guard on the rain-slickened, curving stretch of highway. No central divider was apparent on the two-lane highway, suggesting one or both of the vehicles might have crossed into oncoming traffic.

The Xinhua News Agency said three people were being treated for life-threatening injuries, 10 were severely injured and 30 others sustained light injuries.

Last week a crash in the eastern province of Shandong killed 12 people, including several South Korean school children. Their bus caught fire after being involved in an accident inside a tunnel. The cause of the accident has not been announced.