Protests began as opposition to now-suspended extradition bill and have swelled into wider calls for democracy. 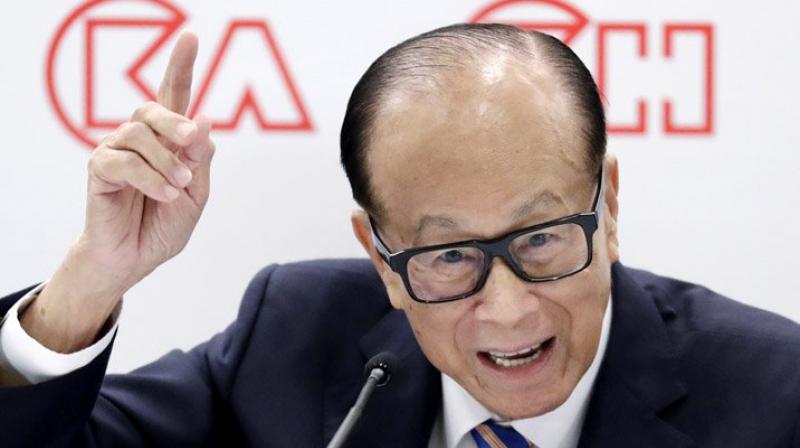 Ten weeks of confrontations between police and protesters have plunged Hong Kong into turmoil, and present the biggest popular challenge to Chinese President Xi Jinping since he came to power in 2012. (Photo: AP)

Hong Kong: Hong Kong's richest man, Li Ka-shing, urged people to "love China, love Hong Kong and love yourself" on Friday in a bid to calm the city's escalating crisis as pop concerts and public events were cancelled in response to anti-government protests.

Li's message in front-page advertisements in major newspapers in the Asian financial hub urged the public to "cease the anger with love" and "stop the violence". The advertisements were signed "a Hong Kong citizen Li Ka-shing".

Ten weeks of confrontations between police and protesters have plunged Hong Kong into turmoil, and present the biggest popular challenge to Chinese President Xi Jinping since he came to power in 2012.

The protests began as opposition to a now-suspended bill that would have allowed suspects to be extradited to mainland China and have swelled into wider calls for democracy.

Hong Kong returned from British to Chinese rule in 1997 under a "one country, two systems" formula that promised wide-ranging freedoms denied to citizens in mainland China, but many in the city believe Beijing has been eroding those freedoms.

More mass demonstrations are expected through the weekend.

Police tactics against protesters have been hardening and Li, 91, warned that "the best cause can lead to the worst results".

Korean boy band GOT7, a member of whom sparked a social media firestorm this week with apparently pro-Beijing comments, on Friday cancelled shows scheduled in late August and early September citing the "social situation in Hong Kong".

Organisers of a wellness summit scheduled for October shifted it to Singapore. Economists have warned the protests could tip one of Asia's financial capitals into recession.

China has likened the increasingly violent protests to terrorism and warned it could use force to quell them, as US President Donald Trump urged Xi meet protesters to defuse the tension.

Nearly 750 people have been arrested since the protests began in June, and tear gas has frequently been used by police in attempts to disperse protests across the city.

Chinese paramilitary forces have conducted crowd-control drills near the border with Hong Kong.

A rally called "Stand with Hong Kong, Power to the People" is planned in the central business district on Friday night. That event has permission from authorities but police have banned other protests planned for the weekend.

A march planned for Sunday by the Civil Human Rights Front, which organised the million-strong marches in June, has only been allowed an assembly in Victoria Park on Hong Kong island because of safety concerns.

The group is appealing against the police decision.

Another march planned in Kowloon's Hung Hom district on Saturday has also been banned.

Li, who formerly chaired CK Hutchison Holdings, did not make any reference to supporting the government or its embattled leader Carrie Lam in the advertisements, which encouraged freedom, tolerance and the rule of law.

However, a statement issued later by a spokesman quoted Li as saying "the road to Hell is often paved with good intentions. We need to be mindful of unintended consequences".

He said it was important to invest in the younger generation to bear fruit for the future and for Hong Kong.

"The young always fear the future has nothing to do with them," Li's statement said. "I think the government heard the messages from the protesters loud and clear and is diligently racking their brains now for solutions."

Many businesses, including other major property developers, have publicly backed Lam's administration and the city's police force.

Research firm Capital Economics warned on Thursday the protests could push Hong Kong into a recession, with a risk of capital flight. Hong Kong's property market, one of the world's most expensive, would be particularly hard hit, it said.

Lam sought in a Facebook post late on Thursday to clear up what she said was a misunderstanding about parts of a speech last week.