The father of Rio Nanda Pratama filed lawsuit in US state of Illinois, over the death of the young doctor who was to be married this week. 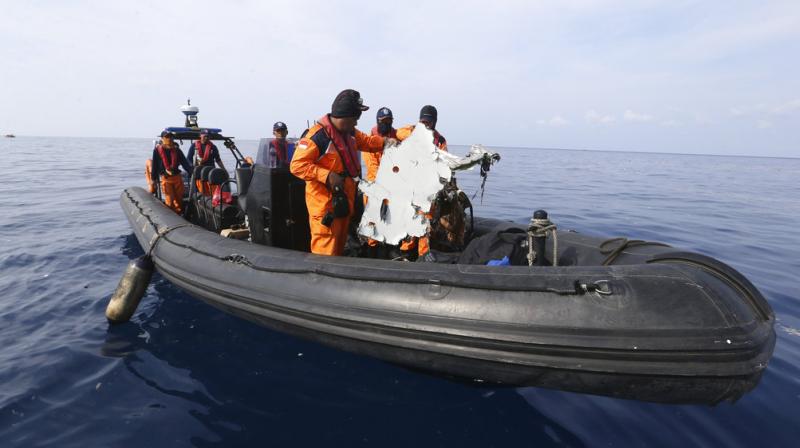 Jakarta: The family of an Indonesian man killed in a Lion Air jet crash is suing Boeing, alleging that the accident may have been caused by a problem with the flight-control system in its newest 737 plane.

The father of Rio Nanda Pratama filed the lawsuit on Wednesday in the US state of Illinois, where the plane manufacturer is headquartered, over the death of the young doctor who was to have married his high-school sweetheart this week. Pratama's fiance Intan Syari, 26, has made headlines after she posed alone for photos in a wedding gown that she was to have worn at the couple's nuptials in Indonesia. Syari said her husband-to-be had asked in jest that she carry on with the photo shoot if he did not return from what turned out to be a fatal trip.

The 26-year-old man was among the 189 people killed when the Boeing 737-MAX plunged into the Java Sea on October 29, less than 20 minutes after leaving Jakarta on a routine flight to Pangkal Pinang city.

There were no survivors.

The 737-MAX in question had only begun service for budget carrier Lion Air in August.

Questions have swirled about Boeing's alleged failure to tell airlines and pilots about changes to an anti-stall system that is being investigated for its possible links to the crash. The jet's engines are heavier than those installed on prior versions, meaning the plane can stall under different conditions. Boeing made modifications to the anti-stall system without informing air carriers and their crews, according to the Allied Pilots Association.

"The government investigators typically will not make a determination of who is at fault, and just compensation to these families will not be provided by the governmental investigations," Curtis Miner from US-based firm Colson Hicks Eidson, which filed the lawsuit, said in a statement.

"That is the critical role of private lawsuits in a tragedy like this."

There is still no answer to what caused one of the world's newest and most advanced commercial passenger planes to crash. A preliminary report is expected at the end of the month.

Pratama's family could not be immediately reached.