Pak minister barred from Senate for hostile remarks against Oppn

The Senate chairman found the minster guilty of inciting uproar in the Parliament’s ongoing session. 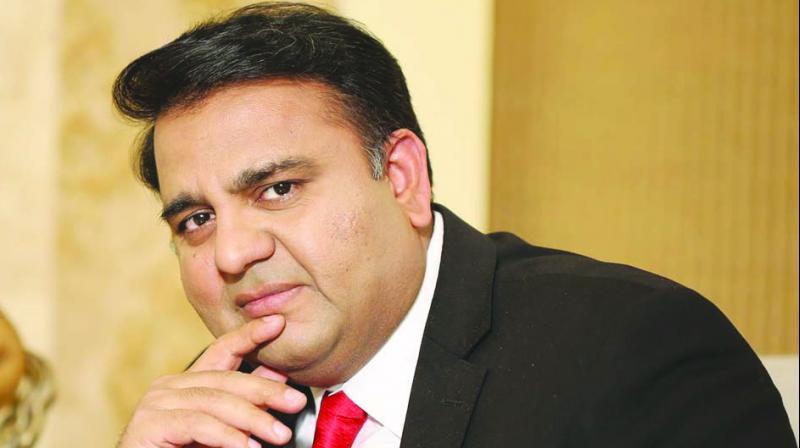 The Senate chairman found the minster guilty of inciting uproar in the Parliament’s ongoing session.

As the session began the opposition bench protested against Mr Chaudhry’s remarks. Senior leader Pakistan Muslim League (Nawaz) Raja Zafarul Haq said the Senate chairman’s instructions were regularly ignored. “The conversation does not end despite staff turning the mic off.”

Pakistan Peoples Party’s Sherry Rehman chided Leader of the House Shibli Faraz for apologising on behalf of Mr Chaudhry. “We have seen similar scenes during dictatorships. The disrespect to parliament is unacceptable.”

PPP Senator Maula Bux Chandio pointed out that disregarding agenda of the Parliament by speaking out of turn was against the decorum.

Blaming leader of the house for providing cover to Mr Chaudhry, the opposition then staged a walkout with National Party’s Mir Hasil Bizenjo stressing that the session will not begin until the PTI leader apologised.

To placate the situation, the Senate chairman adjourned the session for a short while to deliberate over Mr Chaudhry conduct in the upper house of the parliament.

After recommencement of the session, Mr Sanjrani held the information minister responsible for disrupting the house and ruled

“Fawad Chaudhry will be barred from attending the session until he tenders an apology,” said the Senate chairman.

“The torch-bearer of change had increased difficulties for laymen instead of providing them relief,” said a PML-N leader.

The PTI-led federal government is all set to complete its first 100 days in the ongoing month.