A local physician who has AIDS has since been arrested and is being investigated for possibly intentionally infecting patients. 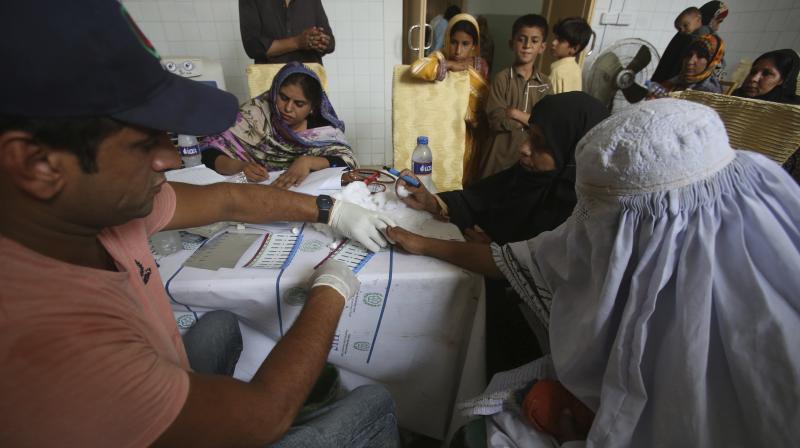 Alarmed, Bibi took Raza to a hospital where medical tests confirmed the boy was among about 500 people, mostly children, who authorities say tested positive for the virus, which can lead to AIDS. (Photo: AP)

Ratodero: Nothing seemed unusual to Rehmana Bibi, the mother of 10-year-old Ali Raza, when the boy came down with a fever at their home in the dusty, largely neglected district of Larkana in southern Pakistan.

Bibi took her son to a local doctor, who prescribed paracetamol syrup for Raza and told her there was no need to worry. But she panicked after being alerted that several children who initially came down with a fever had tested positive for HIV in nearby villages.

Alarmed, Bibi took Raza to a hospital where medical tests confirmed the boy was among about 500 people, mostly children, who authorities say tested positive for the virus, which can lead to AIDS.

A local physician who has AIDS has since been arrested and is being investigated for possibly intentionally infecting patients. "We were in great pain the day we heard about our son testing HIV positive," she told The Associated Press on Thursday.

Bibi said it was heartbreaking to learn that her child contracted HIV at such a young age. She said all her family members have been tested for the virus that attacks the immune system, but Raza was found to be the only victim.

Bibi said she has had sleepless nights from worrying and has been looking after her son since early this month when he was confirmed HIV-positive. She said she wants to see her son healthy and fully recovered as soon as possible. 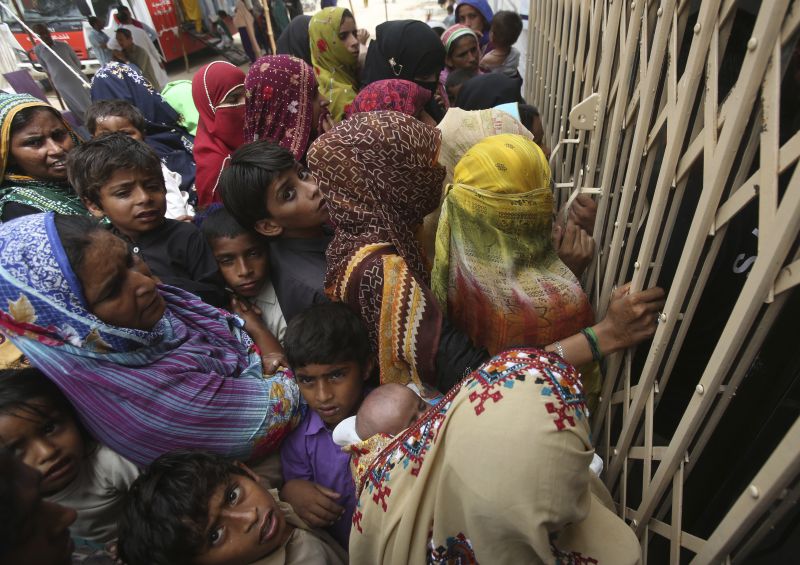 Pakistani villagers wait outside a hospital for blood screening for HIV at a hospital in a village near Ratodero, a small town in southern province of Sindh in Pakistan where the outbreak of deadly disease took place last month, Thursday, May 16, 2019. Officials say about 500 people, mostly children, have tested positive for HIV, the virus that causes AIDS, in a southern Pakistani provincial district. A local doctor who has AIDS has since been arrested and is being investigated for possibly intentionally infecting patients. (AP Photo/Fareed Khan)

Pakistani health officials have said HIV is usually spread in the country by using unsterilized syringes. Authorities say the HIV outbreak in Larkana was apparently started when local physician Muzaffar Ghangharo, who has AIDS, infected patients in early April.

Ghangharo was arrested earlier this month after Raza and others tested positive for the virus. Police are still trying to determine whether Ghangharo knowingly spread the disease to others. Larkana is the home district of former prime minister Benazir Bhutto, who was killed in a bomb and gun attack in the garrison city of Rawalpindi in 2007.

Her father, Zulfikar Ali Bhutto, also served as prime minister in the 1970s. He was hanged by military dictator Gen. Ziaul Haq.