The quake knocked items off shelves and caused a blackout in the town of Kokopo in northeastern Papua New Guinea. 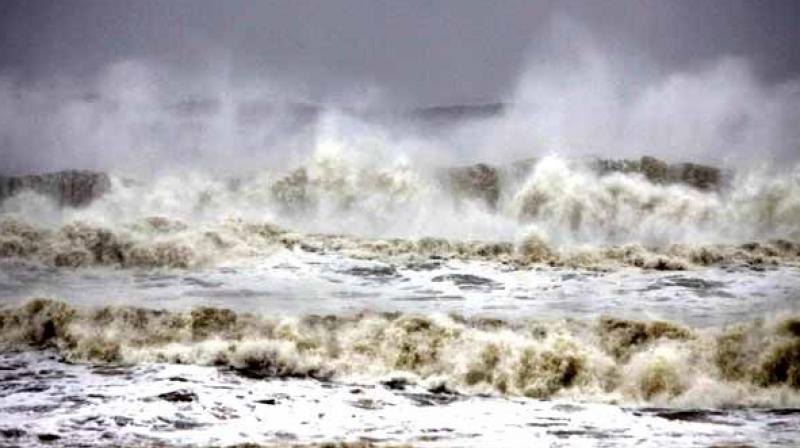 Quakes are common near Papua New Guinea, which lies on the 4,000-kilometre-long Pacific Australia plate, which forms part of the 'Ring of Fire'. (Photo: Representational Image)

Sydney: A powerful earthquake struck off the coast of Papua New Guinea on Saturday, generating a small tsunami and knocking out power in parts of the Pacific island nation. There were no immediate reports of injuries or damage.

The magnitude-7.9 quake struck 46 kilometers (29 miles) east of Taron in Papua New Guinea, the U.S. Geological Survey said. The quake was deep, at 103 kilometers (61 miles). Deeper earthquakes tend to cause less damage than shallow ones.

The USGS initially said the quake's magnitude was 8.0, but later downgraded the strength.

The Pacific Tsunami Warning Center said there was a threat of a tsunami in Papua New Guinea and nearby areas. It said tsunami waves reaching 1-3 meters (yards) high were possible along the coasts of Papua New Guinea, while waves in other areas, including the Solomon Islands, would likely be less than 0.3 meter (1 foot) high.

A tsunami measuring less than 1 meter (3 feet) hit the coast of the island of New Ireland shortly after the earthquake, said Felix Taranu, seismologist with the Geophysical Observatory in the capital, Port Moresby. There were no immediate reports of damage from the tsunami or the quake, though officials were still working to contact people on the island, he said.

The quake knocked items off shelves and caused a blackout in the town of Kokopo in northeastern Papua New Guinea, Taranu said. But there were no reports of widespread damage in the town.

Papua New Guinea sits on the Ring of Fire, the arc of seismic faults around the Pacific Ocean where earthquakes are common.