After nine months of border standoff in eastern Ladakh, the two armies reached an agreement on disengagement 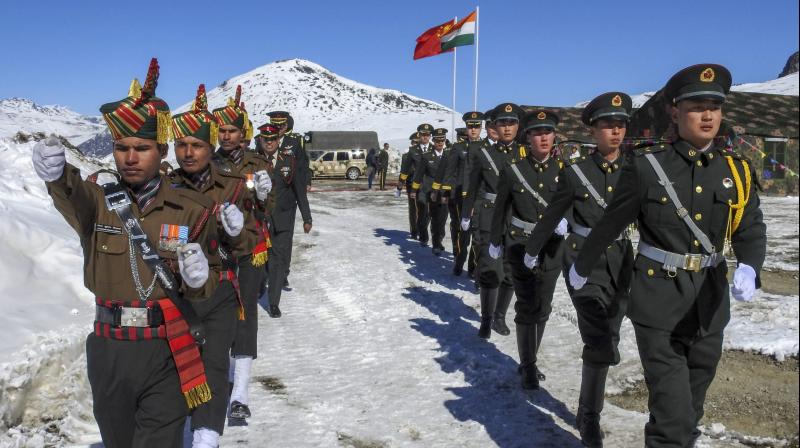 Beijing: China on Thursday said the disengagement process of the Chinese and Indian frontline troops at the eastern Ladakh border was progressing smoothly and expressed hope that both sides will make concerted efforts to achieve the goal.

On February 10, China's Defence Ministry spokesman Senior Colonel Wu Qian in a brief press release announced that the Chinese and Indian frontline troops at the South and North banks of the Pangong lake in eastern Ladakh started synchronised and organised disengagement.

"The relevant process is smooth on the whole. We hope that the two sides will work in concerted efforts to achieve the goal," Chinese Foreign Ministry spokesperson Hua Chunying said on Thursday when asked how the disengagement process is proceeding.

"According to the consensus of our multi-round negotiations, the frontline troops have started disengagement in a synchronised and organised way on both sides," Hua said.

"We hope the two sides will continue to observe our consensus as well as our agreements to ensure the smooth completion of the whole disengagement process," she said.

About the timeline of the disengagement of the troops, she said, "I'm not aware of the specifics. You may ask the military".

After nine months of border standoff in eastern Ladakh, the two armies reached an agreement on disengagement in the North and South banks of Pangong lake that mandates both sides to cease forward deployment of troops in a "phased, coordinated and verifiable" manner.

The Indian Army on Tuesday released short videos and photographs showing thinning down of troops and dismantling of bunkers, camps and other facilities by the Chinese military in the areas around the Pangong lake in eastern Ladakh in line with the agreed disengagement process between the two sides.

The visuals also showed the Chinese People's Liberation Army (PLA) using a bulldozer to flatten some structures, and vehicles with troops and equipment preparing to retreat to rear bases as part of the infantry disengagement.