McMaster’s advice for Pakistan: Use diplomacy, not proxies 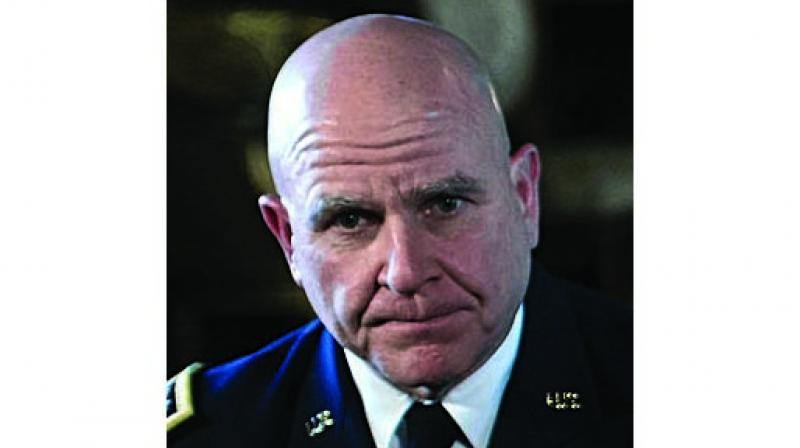 Islamabad: US national security advisor Lieutenant-General H. R. McMaster arrived in Pakistan on Monday on an unannounced visit a day after he hinted that Washington could take a tougher stance with Islamabad.

It was the first visit by a top member of President Donald Trump’s administration to Pakistan.

At his previous stop in Afghanistan, he suggested Washington might take a stronger line with Islamabad, for years seen as an unreliable US ally.

A statement by Prime Minister Nawaz Sharif’s office said Mr McMaster had “assured that the new administration was committed to strengthening bilateral relations and working with Pakistan, to achieve peace and stability in Afghanistan and in the wider South Asian region.”

Mr Sharif on Monday reiterated his firm conviction on sustained dialogue and meaningful engagement as the only way forward to resolve all outstanding issues between India and Pakistan including the Kashmir dispute.

Mr McMaster’s visits are being closely watched for clues to the Trump administration’s future course of action in the region.

US-led NATO troops have been at war in Afghanistan since 2001.

The US has at least 8,400 troops in the country with another 5,000 from NATO allies, as efforts to negotiate a lasting peace settlement between Kabul and the Taliban have repeatedly fallen through.

“As all of us have hoped for many, many years, we have hoped that Pakistani leaders will understand that it is in their interest to go after these groups less selectively than they have in the past and the best way to pursue their interest in Afghanistan and elsewhere is through diplomacy, not through the use of proxies that engage in violence,” Mr McMaster said in an interview with Afghanistan’s ToloNews on Sunday.