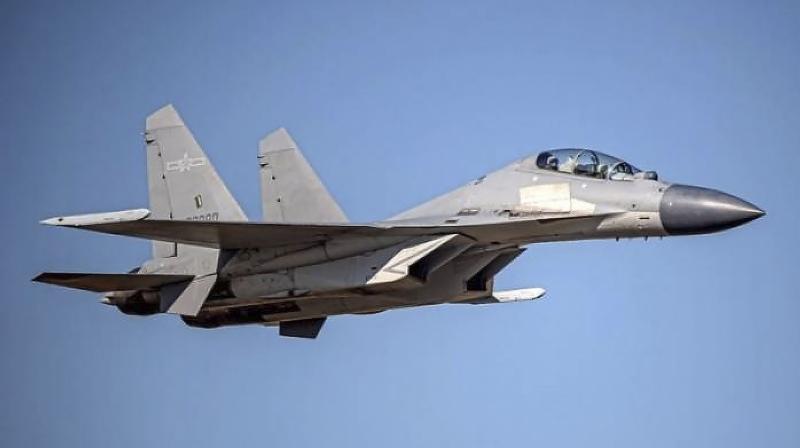 A Chinese PLA J-16 fighter jet flies in an undisclosed location. China sent a record 28 fighter jets, 14 of them J-16s, towards the self-ruled island of Taiwan on Tuesday, June 15, 2021, the island's defense ministry said, the largest such display of force since China started flying planes towards the island last year. (via AP)

In a statement, Taiwan's defence ministry said the planes had prompted the island's air force "to scramble jets, issue radio warnings and deploy air defence missile systems to monitor the activities of the planes".

It was the sixth time PLA planes had entered Taiwan's ADIZ this month, according to the ministry.

This comes after Taiwan signed two arms procurement contracts with the United States for High Mobility Artillery Rocket Systems and Harpoon Coastal Defence Systems, which could significantly boost the island's asymmetrical warfare capability, according to a document released to the legislature by the defence ministry.

Beijing claims full sovereignty over Taiwan, a democracy of almost 24 million people located off the southeastern coast of mainland China, even though the two sides have been governed separately for more than seven decades

Recently, the Group of Seven Seven leaders issued a joint statement, slamming China for a series of issues and underscored the importance of peace and stability across the Taiwan Strait -- comments China condemned as "slander."

Taiwan has complained in recent months of repeated missions by China's air force near the island, concentrated in the southwestern part of its air defence zone near the Taiwan-controlled Pratas Islands.