Doctors in Sri Lanka go on srike over salary 'injustice'

The strike caused hardships to the patients who arrived at state-run hospitals, where doctors were providing only emergency treatment. 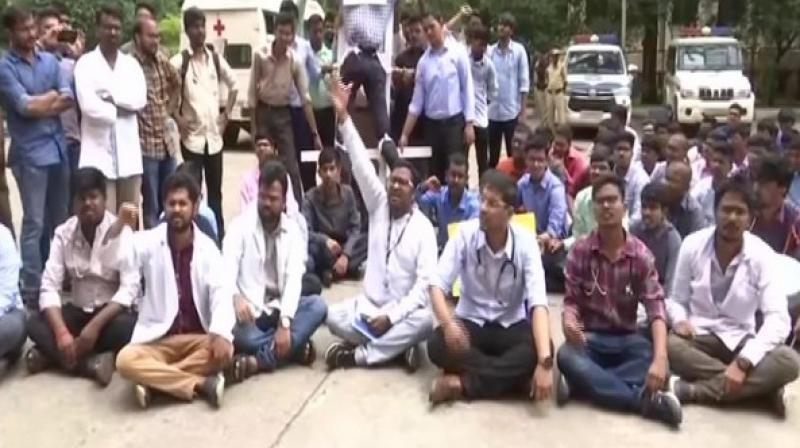 There was no immediate comment from the government. (Photo: Representational image)

Colombo: Doctors at state-run hospitals across Sri Lanka staged a 24-hour strike on Wednesday, demanding that the government resolve what they say is a salary "injustice."

Dr Haritha Aluthge, secretary of the Government Medical Officers Association, said that two years ago, the government gave an unusually high salary increase to legal officers in the government sector, "causing a severe injustice to the doctors and other professionals."

"For two years, we have been urging the government to rectify this anomaly, but so far no meaningful measures have been taken to resolve the injustice," he said.

The strike caused hardships to the thousands of patients who arrived at state-run hospitals, where doctors were providing only emergency treatment. Government hospitals provide free services, making them very popular with most Sri Lankans.

Due to the strike — which began on Wednesday morning and is scheduled to end Thursday morning — all routine surgeries and other medical services were not performed. Samantha Perera, 49, who was to undergo a minor abdominal operation Wednesday at the government hospital in Ragama, on the outskirts of the capital, Colombo, said hospital authorities asked him to go home and come back later this week to get a new date for his surgery.

"It's really frustrating and now I have to come back on another day. Patients have to pay for the tussle between the government and doctors," he said.

Aluthge said the doctors' union resorted to a strike as the last option, and that the government should take responsibility for the hardships faced by the public.

The union did not conduct the strike at the country's main cancer or children's hospital, maternity hospitals and the specialized hospital that treats kidney patients.

Aluthge urged the government to rectify the anomaly within a week by offering a solution acceptable to all concerned parties. He said if no solution is reached, "an island-wide continuous strike" would take place starting September 25.